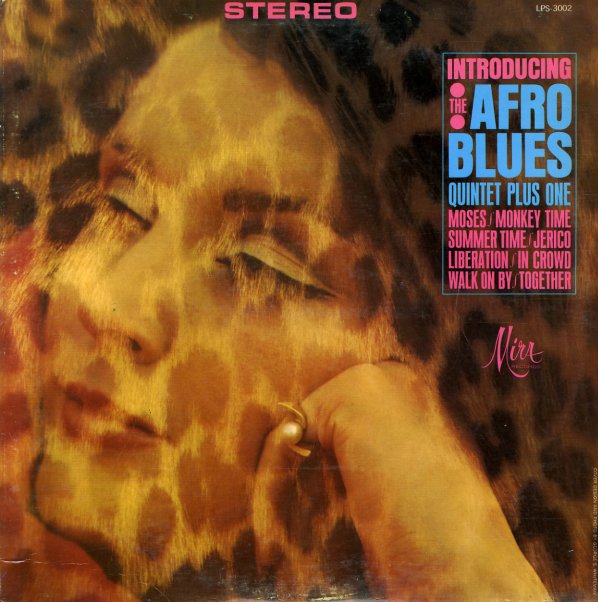 Introducing The Afro Blues Quintet Plus One

Excellent work from this totally sweet west coast Latin combo – a wonderful group who mixed Latin percussion with piano and vibes – in a manner that's similar to some of Cal Tjader's best Verve work of the 60s! Some tracks also make nice use of flute or alto sax – creating a snakey feel that really adds a new dimension of light and color to the tunes. The whole set's a great blend of Latin rhythms, jazzy solo work, and some mod 60s touches – and titles include "Monkey Time", "Afro Rock", "Let My People Go", "Walk On By", "Moses", "Liberation", and "Together".  © 1996-2021, Dusty Groove, Inc.
(Mono black label pressing. Cover has ring & edge wear, a split top seam held with clear tape, an index label on the spine, with a light stain and a torn and missing portion from the top of the back panel.)