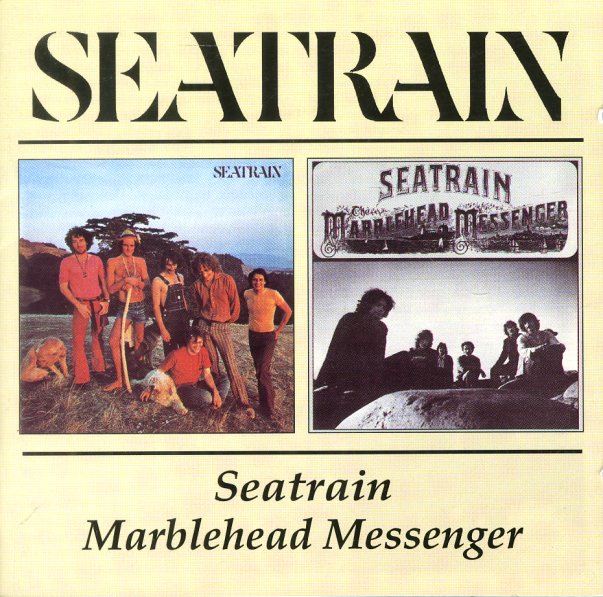 Two albums from this hip 70s group – back to back in a single set! The self-titled Seatrain is rootsy rock classic from a group who maybe aren't as well-remembered these days as they should be – but who set off a lot of fires with this set! The group work in territory that's close to The Band or Little Feat – and in fact they cover a song by the latter at once point – yet they also recorded this album in the UK, with production by George Martin – whose studio warmth brings a different quality to the record than you might hear if they were recording in the US. Lead vocals are by Peter Rowan and Lloyd Baskin – and titles include "Oh My Love", "Waiting For Elijah", "13 Questions", "Out Where The Hills", "Home To You", and "I'm Willin" – plus an unusual take on the acoustic music classic "Orange Blossom Special". Marblehead Messenger is the third album from Seatrain – a record with a title that refers to their move to Marblehead, Massachusetts from their original home in Marin County, California! That geographic shift maybe signals a bit of a musical shift too – some slightly stronger bluesy currents mixed in with their roots rock elements – fleshed out with songwriting that feels a bit more complicated and personal too! As with the previous album, George Martin produced – and has a sense of compression that really helps the sound of the set – and titles include "Gramercy", "The State Of Georgia's Mind", "Marblehead Messenger", "London Song", "Losing All The Years", "Despair Tire", and "Lonely's Not The Only Way To Go".  © 1996-2022, Dusty Groove, Inc.