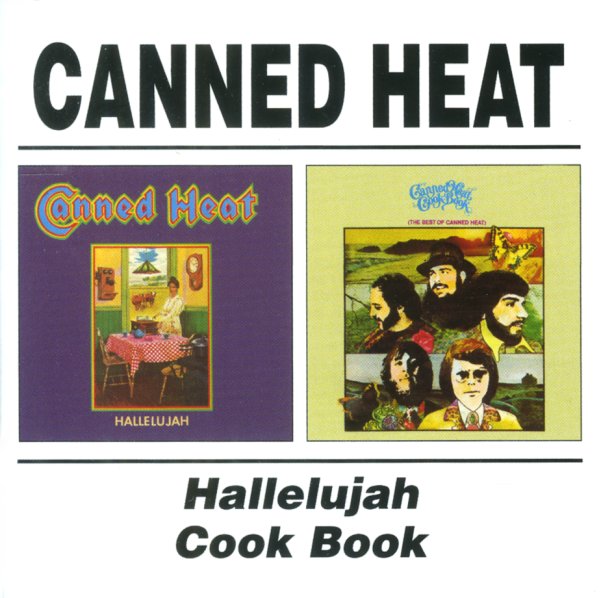 Two albums from Canned Heat – back to back in a single set! First up is Hallelujah – a late 60s classic from Canned Heat – a record that captures the group during that moment when their unique blend of styles was really on fire! There's a grittier, almost noisier vibe going on here at times – fuzz turned up a bit more than before, and maybe a bit more attitude – as if the group were getting spurred on by some of the societal changes at the end of the 60s, and shaken out of any reveries of the past! The set's filled with very heady tunes – titles that include "I'm Her Man", "Sic Em Pigs", "Do Not Enter", "Big Fat", "Huautla", "Get Off My Back", and "Down In The Gutter But Free". Cookbook is a set that's billed as "best of" Canned Heat, but which also features some material that wasn't on their full length albums for Liberty too! The package is a great summation of all the stuff that makes the group so great – and yes, it doesn't feature some of the longer jams of their double albums from the period, but does hone in on the way they blend together blues inspiration and psychedelic influences so well – on titles that include "Goin Up The Country", "Amphetamine Annie", "Rollin & Tumblin", "Time Was", "On The Road Again", "Fried Hockey Boogie", "Same All Over", "Bullfrog Blues", and "Sic Em Pigs". CD features new mastering – and the bonus track "Let's Work Together".  © 1996-2022, Dusty Groove, Inc.