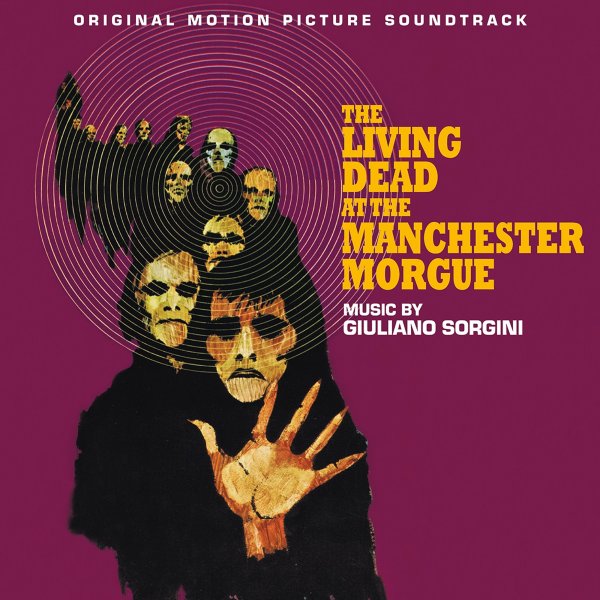 Living Dead At The Manchester Morgue

A very cool soundtrack with a very unusual history – part of a brief sub-genre of films that were created during a time when the Italian and Spanish scene were doing their version of British horror and mystery! As such, the album does a great job of mixing groovy styles that you'd know from Italian films with some of the darker modes of gothic horror – these deeper tones and starker moments that are then offset by more upbeat and jazzy passages in a really great way! The strings can move between offbeat/atonal and more traditional – and there's also some very nice use of echoey percussion too. Titles include "Surreal", "Trance", "John Dalton Street", "The Living Dead", "Mysterious Country", "The Torment Of The Dead", and "Aggression".  © 1996-2022, Dusty Groove, Inc.
(Limited edition of 500!)