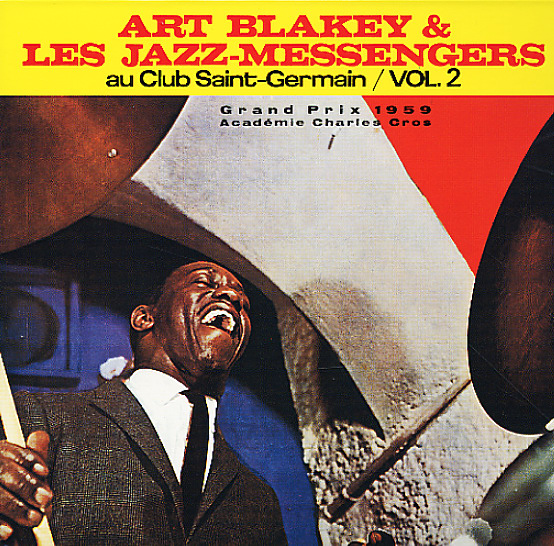 Seminal work from Art Blakey and The Jazz Messengers – recorded at a time when that group was really coming together! After a slightly wayward year of 1957, when the Messengers had a different lineup away from Blue Note, Art re-forged the group for the end of the 50s with a rock-solid array of players – including a young Lee Morgan on trumpet and Bobby Timmons on piano, plus Benny Golson on tenor, with a sense of arrangement that really helps give the group some focus – while still letting the solos open up in a live setting like this! All tracks are long, and played with lots of fire – and the kind of amazing open-ended solos that the group could cook up whenever they were working in a live environment. Titles on this second volume include "Moanin With Hazel", "Blues March For Europe #1", "Like Someone In Love", and "We Named It Justice".  © 1996-2023, Dusty Groove, Inc.

Originally – Previously Unreleased Recordings From 1956
Columbia, 1956. Sealed
LP...$23.99
Great rare 50s material by Blakey – an early 80s issue of outtakes from the Hard Bop LP, plus some sides recorded shortly afterwards, with a slight line-up change! The group is one of the earliest incarnations of the Jazz Messengers, featuring Donald Byrd and Hank Mobley in the front line, ... LP, Vinyl record album