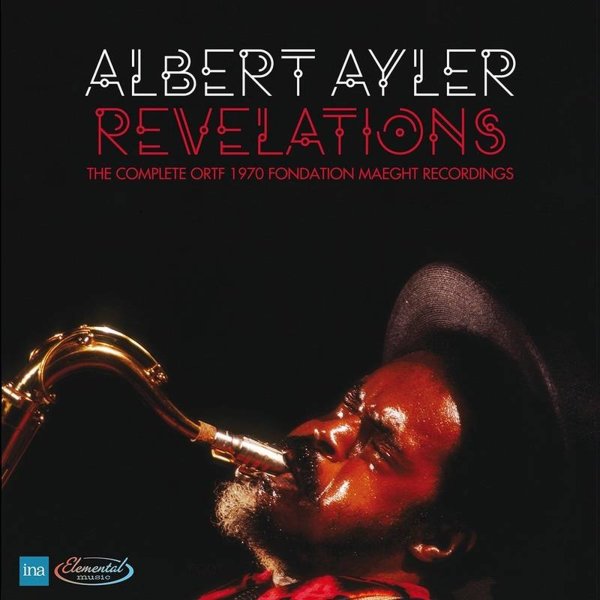 An incredible revamping of some of the most important material recorded by Albert Ayler in the years before his too-soon death – a package that adds in over two hours of new music to the original three volume Fondation Maeght recordings – which were usually issued in low-budget packages without the care that this set receives! Ayler is fantastic here – very spiritual, and bridging the gap between his early material for ESP and his later work on Impulse – less of the experiments of the studio sets of those later years, and more of the searing longform improvisation that he could deliver at his best! The group features wonderful work from Mary Parks (Mary Maria) on soprano sax, plus Call Cobbs on piano, Steve Tintweiss on bass, and Allen Blairman on drums – and Parks delivers a sublime vocal on a version of "Music Is the Healing Voice Of The Universe". Ayler blows both tenor and soprano – and the set features a whopping 29 tracks, recorded on July 25 and 27 in 1970 – titles that include "Spirits Rejoice", "Thank God For Women", "Revelations", "Holy Family", "A Man Is Like A Tree", "Zion Hill", "Truth Is Marching In", "Love Cry", "Ghsots", "Speaking In Tongues", "Heart Love", "Island Harvest", "Masonic Inborn", and a few versions of "Revelations".  © 1996-2022, Dusty Groove, Inc.

It's The Great Pumpkin Charlie Brown (with bonus tracks)
Craft, 1966. New Copy
CD...$14.99 15.99 (LP...$26.99)
The third soundtrack that Vince Guaraldi did for The Peanuts TV specials – and maybe the best so far! There's a depth to the music that's wonderful – as Vince's combo works alongside some occasional larger orchestrations by John Scott Trotter, which are still arranged by Guaraldi ... CD