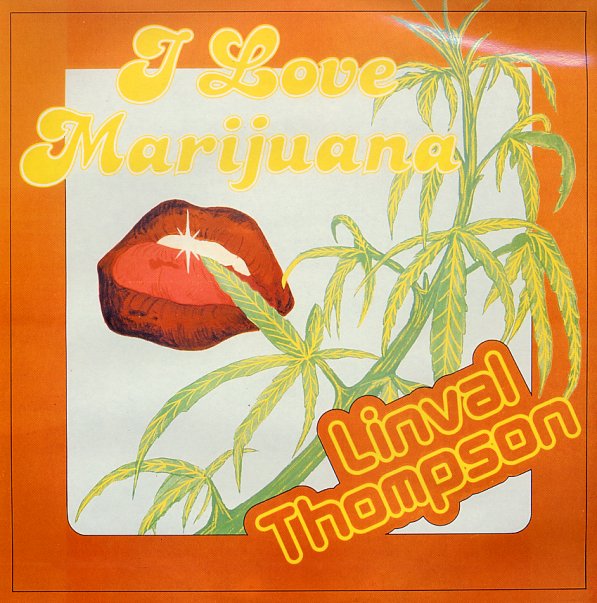 A record with a striking title – and a set that really marked the full promise of Linval Thompson in the 70s – a dubby classic that's every bit as strong on the vocal side of Thompson's skills, as it is the production side! The album was recorded at Tubby's with the Revolutionaries band and an uncredited Junjo Lawes (who would later go on to cut some of the best dub albums ever, with Scientist) – and the vocals have this great style of cresting between sweeter modes and more biting modes – particularly when wrapped around the social themes that always made Thompson stand out. Titles include "I Love Marijuana", "Don't Push Your Brother", "Dread Are the Controller", "The Children of the Ghetto", "Not Follow Fashion", and "Jamaican Colley Version".  © 1996-2022, Dusty Groove, Inc.
(Individually numbered limited edition of 750 – on heavyweight "Marijuana" colored vinyl!)