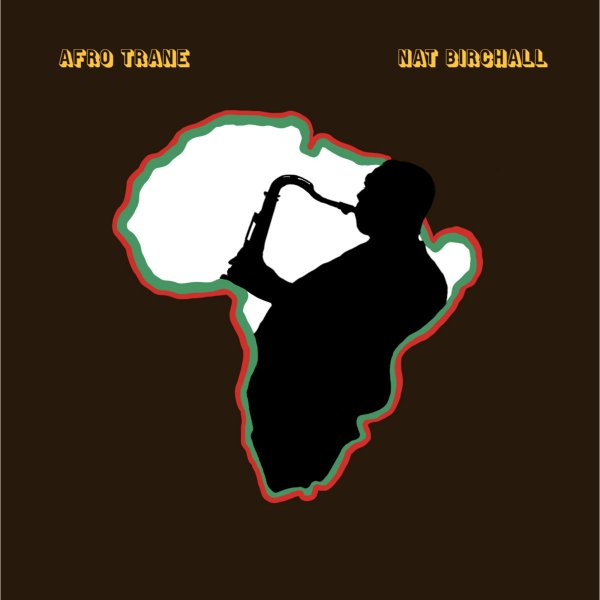 One of the most beautiful, spiritual albums ever from saxophonist Nat Birchall – and that's really saying a lot, if you know his other records! As you can guess from the title, the spirit of John Coltrane looms large on the record – and the tracks are a mix of Coltrane classics and new material by Nat – performed in these long, flowing modes that balance soulful lines on tenor and soprano with work on percussion, mbira, harmonium, piano, and even a bit of bass clarinet – the latter of which is a nod to a key moment when Eric Dolphy stepped in to the Coltrane group! Yet despite the Coltrane influence, the sound here is very original – all Nat's own, as he layers his performances on the other instruments with really well-crafted saxophone solos – at a level that feels much more like a small spiritual combo presenting the music than just Birchall alone. Tremendously beautiful – even better on record than it sounds on paper – with titles that include "Trane's Garden", "Dahomey Dance", "India", "Folk Song For Trane", "Acknowledgement", and "Afro Train".  © 1996-2023, Dusty Groove, Inc.

Spiritual Progressions
Ancient Archive Of Sound (UK), 2022. New Copy
LP...$34.99 39.99
An instant classic from saxophonist Nat Birchall – the kind of set that first made us fall in love with him all those many years back, when we first heard his early records on the Gondwana label! Nat's working here in a mode that's spiritual, but on long tracks that have a great modal vibe ... LP, Vinyl record album

Ancient Africa
Ancient Archive Of Sound (UK), 2021. New Copy
LP...$34.99 39.99
A really beautiful record from reedman Nat Birchall – a solo set, but one that's got the same spiritual flow as his records with a group – as Nat himself handles a number of different instruments over the course of the set, using overdubs to give the whole thing the same spiritual flair ... LP, Vinyl record album

Sounds Almighty
Tradition Disc (UK), 2018. New Copy
LP...$34.99 49.99 (CD...$14.99)
A very different album than usual from the great tenorist Nat Birchall – a set that's no less soulful than his other records, but in a completely different way! The album's a collaboration with producer Al Breadwinner – and has this approach that feels like a lost Jamaican instrumental ... LP, Vinyl record album