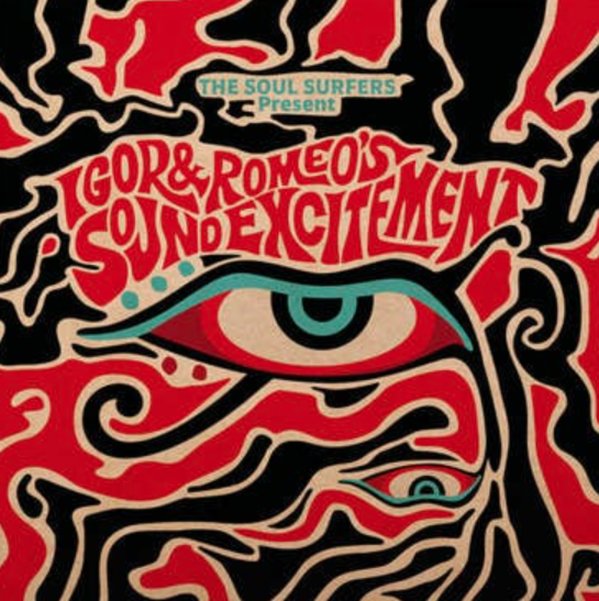 Really different sounds than usual from the Soul Surfers – but then again, that's what we've always loved from the group – a funk combo who never fail to surprise us with all the different twists and turns in their music! Almost all the instrumentation here is handled by Igor Zhukovsky and Romeo Miussky, but there's a range of sounds that makes you think they might have a whole studio of musicians at their command – while the record shifts between jazzier cuts, straighter funk numbers, and a whole bunch of tunes that really complicate the aesthetic we've already loved from the pair – almost the way that Cadet/Concept productions helped transform the sound of Chess Records soul at the end of the 60s. There's all sorts of wonderful sounds floating through the mix – but in a way that always feels live, never processed or programmed – on titles that include "Piano Diablo", "The Sea", "Outer Space Jazz", "Darbuka", "Lunar Rainbow", "High Expectations", and "At The Other Side".  © 1996-2022, Dusty Groove, Inc.

Classics
Stunt (Denmark), 2022. New Copy
LP...$26.99 34.99
Don't let the title fool you, as this isn't an album of jazz standards and classics – but instead a wonderfully fresh project from tenor great Scott Hamilton! The tunes here are all based on themes from classical composers – but the record's also not a "jazz meets classical" ... LP, Vinyl record album