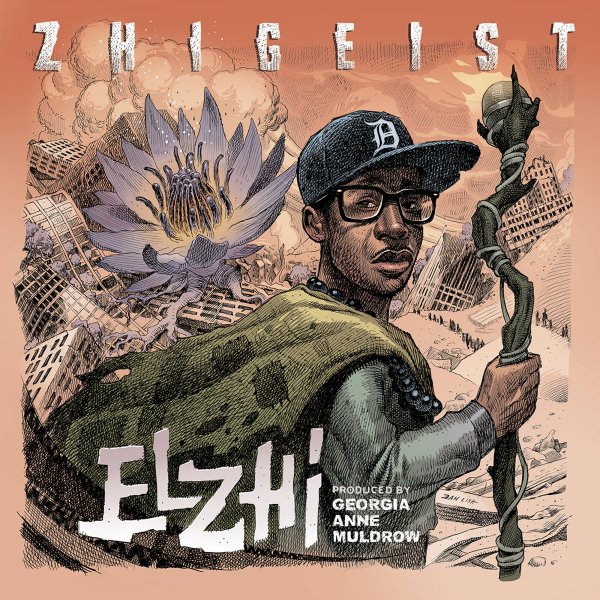 Also available
Elzhi & Georgia Anne Muldrow — Zhigeist ... LP 25.99
A surprisingly strong set from a match that might sound a bit odd at first, but which comes across beautifully throughout! At some level, Elzhi is the lead act here – dominating most of the songs with his well-crafted rhymes – and letting Georgia Anne Muldrow to handle the production, which she does wonderfully – with all those crisp Cali soul elements we've always loved in her music! Yet Muldrow also get some space to vocalize on the record too – maybe a chorus on one cut, or a lead lyric on another – creating a balance that really works well – that mixture of soul and hip hop that has dominated the mainstream for years, but which sounds really different in the hands of underground talents like these. Titles include "Strangeland", "Pros & Cons", "Nefferiti", "Compassion", "Understanding", "Every Moment", "Already Gone", and "Amnesia".  © 1996-2022, Dusty Groove, Inc.