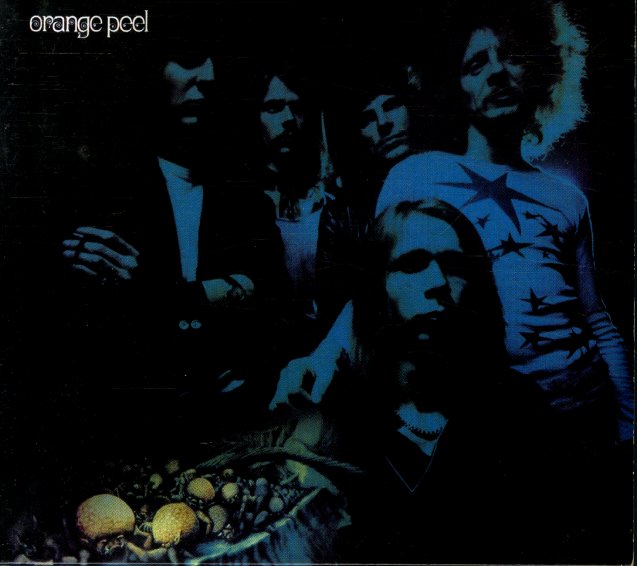 The only album ever issued by this German band from the early 70s – one who clearly draw a lot of inspiration from American blues, but also spin things out with a longform vibe that really opens the door to the prog years to come! The guitars are nice and sharp, and much more complicated at times than some of their hard rock contemporaries – but that's also because the long tracks allow for plenty of solo space that really lets things stretch out. H Peter Bischof handles the lead vocals with a raw edge that's great next to the organ lines and heavy bass – and titles include the 18 minute "You Can't Change Them All", the 10 minute "We Still Try To Change", and a 7 minute workout on "Tobacco Road".  © 1996-2022, Dusty Groove, Inc.

Space Cabaret (with bonus track)
Transatlantic/Long Hair (France), 1973. New Copy (reissue)
LP...$19.99 34.99
A much more down to earth group than you might guess from the cover of the record, and the Contemporary Music in their name – a moniker that might make you expect more avant garde sounds, or some sort of 20th Century experimentation! Instead, these guys work in a warm blend of styles that ... LP, Vinyl record album

Forget Your Dream (limited colored vinyl – with bonus tracks)
Long Hair (France), 1972. New Copy Gatefold (reissue)
LP...$34.99 39.99
A fantastic bit of work from this obscure Swiss group from the early 70s – one who recorded this rare nugget in just a very short space of time, but with a quality level that rivals some of the bigger label classics that took months to create in the studio! At the core, these guys have ... LP, Vinyl record album

Kollektiv (1973) (with bonus poster)
Brain/Long Hair (France), 1973. New Copy Gatefold (reissue)
LP...$34.99 39.99
A fantastic little record from the glory days of the Brain Records label in Germany – a set that's equal part rock and jazz – either fusion-tinged rock, or rock-tinged fusion – served up with all these really weird and wild touches that really send things over the top! There's no ... LP, Vinyl record album