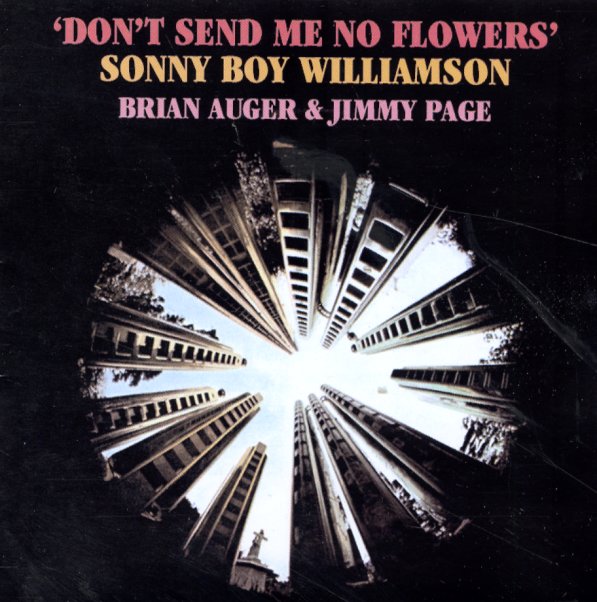 Don't Send Me No Flowers

An unusual issue of this obscure UK session from the late 60s – pre-Zeppelin work by the great Jimmy Page – with Sonny Boy Williamson on most numbers, and supposedly organ from Brian Auger and alto by Joe Harriott! Titles include "The Goat", "Don't Send Me No Flowers", "Walking", "Little Girl How Old Are You", "It's A Bloody Life", and "Gettin Out Of Town".  © 1996-2022, Dusty Groove, Inc.
(CDr pressing.)