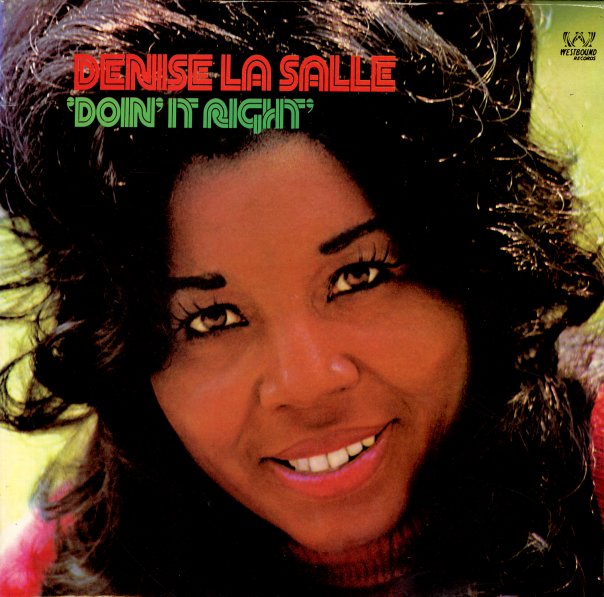 On The Loose
Westbound, 1973. Sealed
LP...$19.99
A pretty sweet follow-up to Denise LaSalle's debut for Westbound – and like that set, another album recorded down in Memphis – with a razor-sharp sound that's far better than the treatment she got in later years! Arrangements are by Bowlegs Miller, who helped on the first – and ... LP, Vinyl record album

Night People
Westbound, 1976. Very Good+
LP...$7.99
One of their uptempo groovers from the mid 70's, with a mix of classic Detroit group soul and tighter disco sounds that were creeping into the Westbound label at the time. Paul Riser and David Van Depitte did the arranging, and the tracks include "If I Lose My Job", "Hideaway", ... LP, Vinyl record album

Sweet Taste Of Sin
Westbound, 1978. Very Good
LP...$6.99
By the time of this one, Dennis had been producing a fair bit of club tracks for Westbound – and it certainly shows in the record, which has a smoother sound than before, and a more spacious soulful groove. However, there's actually still a fair bit of funk in the mix – and Dennis' own ... LP, Vinyl record album

You're All I Need
Tamla, 1968. Good
LP...$4.99
Marvin Gaye and Tammi Terrell – definitely all you need, if you're looking for Motown duet work of the 60s! The album's possibly the best-remembered from the pair – filled with classics that really define the Marvin duo mode – sublime little tunes that have Gaye and Terrell ... LP, Vinyl record album