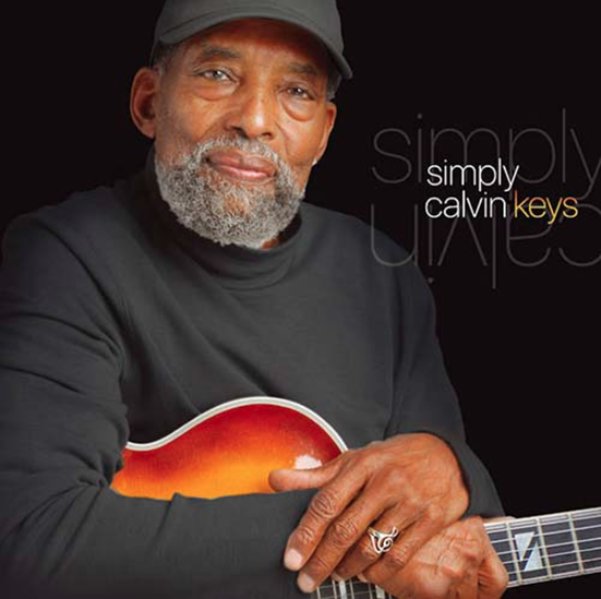 A set of tracks recorded in the early 90s, unreleased until many years later – and an album that shows a beautifully sensitive side of the music of guitarist Calvin Keys! The title is sometimes very apt – as Calvin is often out front in the lead, crafting these warm lines built from well-chosen chords – but the album's also not just a solo set, as it features work from Jeff Chimenti on piano, Tim Haul on bass, Mark Lignell on drums, and Kenneth Nash on percussion. There's even some light strings at times – but very light, as they just shade in the edges – on titles that include "Dolphin Dance", "Quiet Now", "Isotope", "Marela", "Windows", and "What's Goin On".  © 1996-2022, Dusty Groove, Inc.

An Evening With Calvin Keys
Life Force Jazz, 1994. New Copy 2 CDS
CD...$18.99 22.99
A lovely little set from Calvin Keys – quite different from his other work, and an amazing tribute to his talents on the guitar! The album was recorded in the Maybeck Recital Hall in Berkley – in a spare format that's quite similar to the piano-based albums recorded in the same ... CD

Return To Kuumbwa
Life Force Jazz, 2014. New Copy
CD...$12.99 15.99
Soulful genius from reedman Dawan Muhammad – a player who's been working on the west coast scene for years, but hardly ever gets the recognition he deserves! Part of that might be because Dawan is a very self-sufficient musician – recording on his own Life Force label, and even putting ... CD

Preachin To The Choir
Life Force Jazz, 1991/2006. New Copy
CD...$12.99 15.99
Tenor saxophonist Dawan Muhammad has given us great work in a variety of settings – but this album may well be the first time we've ever heard him working alongside a Hammond organ – something he does wonderfully here in two different sessions! The first is a session from 1991 – ... CD

Elmer Gibson Trio Live
Life Force Jazz, 2003. New Copy
CD...$12.99 15.99
Wonderful trio work from pianist Elmer Gibson – a player who's never gotten the kind of national attention he's deserved, but who's made some really stellar music like this on the west coast scene of the past few decades! Gibson's music has a wonderful balance between spirituality and ... CD

Generation Dance
Life Force Jazz, 2002. New Copy
CD...$12.99 15.99
An incredibly soulful set from pianist Elmer Gibson – best known to our ears as a member of the Norman Connors group during the late 70s, and a player who's clearly influenced by that legacy! For the album, Gibson calls upon some of his 70s contemporaries – including Gary Bartz and ... CD