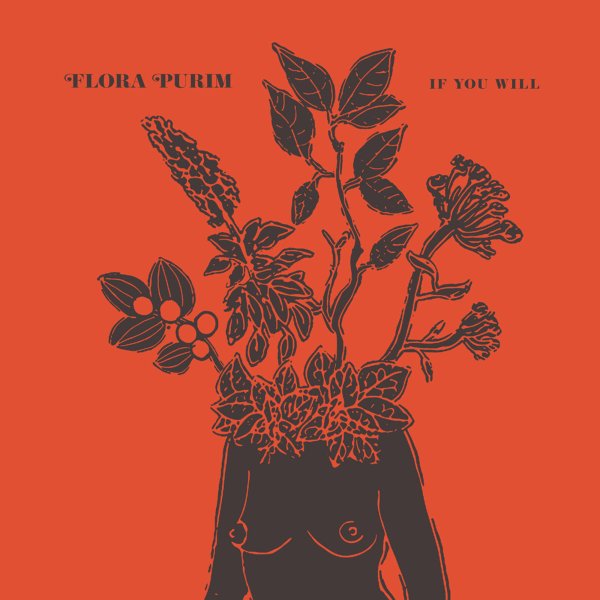 Also available
Flora Purim — If You Will ... CD 14.99
Flora Purim — If You Will (clear vinyl pressing) ... LP 28.99
The first album in many years from legendary Brazilian singer Flora Purim – and a set that's maybe one of the best of her career – done in this soaring, free-spirited style that really takes us back to the qualities that always set Flora apart from the rest! Daughter Diana Purim sings on the album's title track – but honestly, it's Flora's vocals that really make the record shine – every bit as soaring as ever, but also with this sense of maturity that makes her interpretation of the lyrics even more powerful than we might have expected – as she steps out in a jazzy setting that includes plenty of Fender Rhodes, bass, and guitar – and all the percussion you might expect from longtime partner Airto! There's a Cali meets Brazil vibe going on that's really wonderful – kind of at the apex of work that Flora was giving us back in the 70s – and titles include "If You Will", "A Flor Da Vida", "Newspaper Girl", "Dandara", "Zahuroo", "Lucidez", "This Is Me", and a nice remake of "500 Miles High".  © 1996-2022, Dusty Groove, Inc.

Maquina De Escrever Musica (Music Typewriter)
Hannibal/Luaka Bop, 2001. New Copy Gatefold
LP...$21.99 22.99 (CD...$6.99)
An incredible album from Moreno Veloso – the son of the famous Caetano, but an artist who's already very much his own man on this classic collaboration with the team of Kassin and Domenico! Moreno plays it cool on most of the record – singing in a spare setting that mixes acoustic ... LP, Vinyl record album

Um Violao Em Primeiro Plano
RCA/Tres Selos (Brazil), 1971. New Copy (reissue)
LP...$44.99 49.99
A great little set from female guitarist Rosinha De Valenca – a player who worked briefly with Sergio Mendes in the mid 60s, and who sounds incredible on this rare album from 1971! Rosinha's got a light touch on the acoustic guitar – one that steps off nicely from a legacy of earlier ... LP, Vinyl record album

Sambanzo – Etiopia
Tres Selos (Brazil), 2012. New Copy
LP...$44.99 49.99
A mindblowing criss-crossing of modes – a heavily percussive set that brings together Brazilian and Ethiopian inspirations, and which also has a strong current of jazz too – which makes the whole thing feel like some lost spiritual session from many years back! Thiago Franca himself ... LP, Vinyl record album