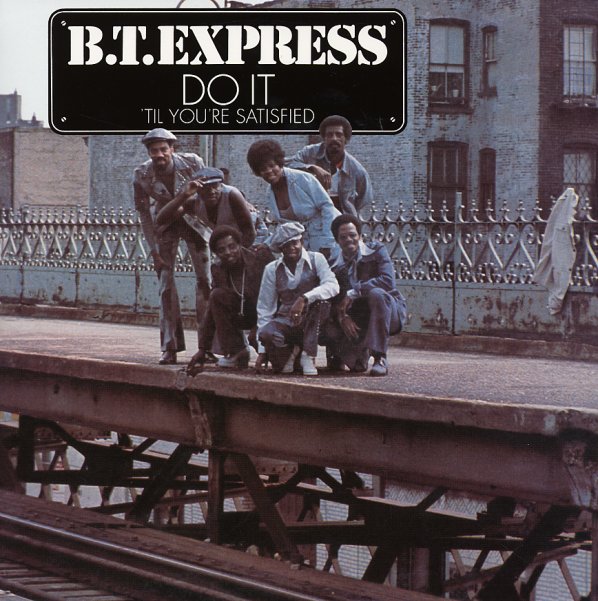 The monumental debut of BT Express – and an excellent funk album that often gets overlooked by fans of the music because of the band's bigger fame as a disco group! This first record has the combo grooving hard and instrumentally – in the mode of a tight blacksploitation soundtrack, with plenty of tight wah wah guitar riffing, conga beats, and funky flute and sax – topped off by just the right amount of strings to make the set soar even more! The album's best known for the title track "Do It (Til You're Satisfied)" – which was a big hit, but is still an excellent groover – and the set also includes loads of other great cuts too – like "Express", which was the original song that the created the JBs' response track "Monorail"; "This House is Smokin'", which has lots of funky descending horn bits; and other great tunes that include "Mental Telepathy", "If It Don't Turn You On", and "Do You Like It". CD features two bonus tracks – the original 7" single versions of "Express" and "Do It".  © 1996-2022, Dusty Groove, Inc.
(Well-done version – with new liner notes too!)

Baby It's You/Shirelles & King Curtis Give A Twist Party (with bonus tracks)
Scepter/Ace (UK), 1962. New Copy
CD...$9.99 18.99
Girl soul heaven – two 1962 albums from The Shirelles, back to back on CD with bonus tracks too! First up is Baby It's You, a great one from The Shirelles – the album that carries their big hit "Soldier Boy", and which features a fair bit of other great tunes too! Many of ... CD

What Is Success – The Scepter & Bell Recordings (Toussaint – plus singles)
Scepter/Kent (UK), Late 60s. New Copy
CD...$9.99 18.99
Some of the greatest work ever recorded by Allen Toussaint – his legendary Toussaint album for Scepter (aka Whisper To A Scream) – plus some rare late 60s singles that have never been on CD before! The core album is amazing – Allen Toussaint's first big move as a solo act, and ... CD

Toussaint (with bonus tracks)
Scepter/Ultra Vybe (Japan), 1970. New Copy
CD...$13.99 14.99
A seminal album from Allen Toussaint – his first big move as a solo act, and the start of some great fame that would blossom even more strongly in the 70s! This indie effort has a rougher edge than Allen's later albums at Warner Brothers – a sly, wicked slow funk approach that's a real ... CD