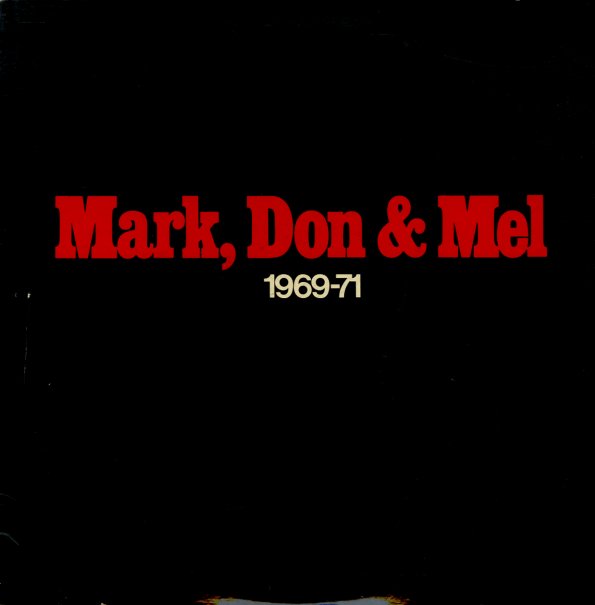 A double-length collection of work from the first chapter of Grand Funk Railroad – that moment when the group was just a power trio, and really helping to move their early blues inspirations into some fierce hard rock territory! The title's a reference to the lineup – Mark Farner on guitar and vocals, Don Brewer on drums and vocals, and Mel Schacher on bass – all working together in a mode that's really transformative over the short space of the material included in the set! At some level, GFR are almost an American equivalent of Free from the UK – a group who clearly have all the chops of the blues heroes they admire, but who are willing to let their hair down and hit more of a rock and roll starpower mode – unafraid to get a bit soulful on the vocals, and really letting their electric strings sing at an equally strong level. Titles include "Into The Sun", "Heartbreaker", "Time Machine", "Loneliness", "Are You Ready", "TNUC", "Inside Looking Out", "Closer To Home/I'm Your Captain", and "Paranoid". Nice CD package – with fold-out artwork like the original LP.  © 1996-2022, Dusty Groove, Inc.

Remote Control (with bonus tracks)
A&M/Iconoclassic, 1979. New Copy
CD...$11.99 15.99 (LP...$4.99)
One of the real standouts in the late 70s run of records from The Tubes – a set that's not only got the tunes united by a concept, but which also features some impeccable production from Todd Rundgren! The group's fuzz on the guitars is turned up nice – almost like they're trying to ... CD