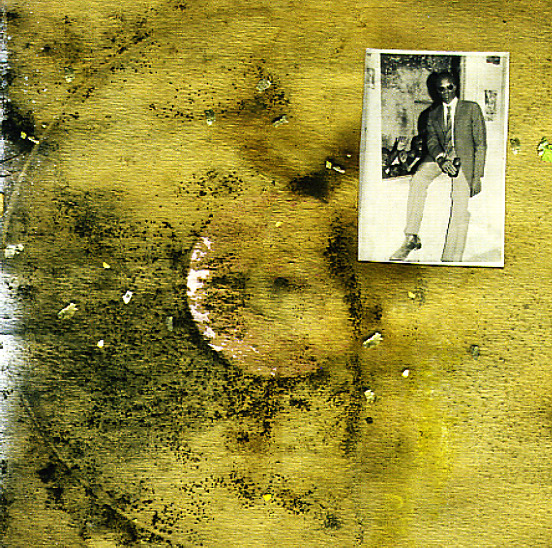 Raw crackling hip hop funk beatcraft at its deepest from mighty Madlib – working in his Beat Konducta style for this third entry in the epic Madlib's Medicine Show Series! Beat Konducta In Africa is a hazy hip hop instrumental set from 'Lib (lest you thought it might be a funky compilation of rare African material) with some additional mixing from J Rocc – based on rare African vinyl. The sound is pure Madlib/Beat Konducta heady hip hop funk – recognizable as being spun from and inspired by African material, and impeccably so, with that instantly identifiable, exploratory Madlib sonic stamp. He looks far beyond Afrobeat and funk sources, with some raw funk rock beats, psych, garage and more with some trippy vocal samples – and he's building up from blueprints records originally pressed all over Africa – Zambia, Nigeria, Ethiopia, Ghana, Botswana and Ivory Coast. But too much mention of the source material risks making this sound like a compilation or a mix set, when it's Madlib all the way! Titles include "Motherland", "Raw Introduction To Afreaka", "Warrior's Theme", "Street Hustler", "Afritonic" (Pts 1 & 2), "Tradition", "Blackfire", "Obtaive", "Mtima", "African Bounce", "Freedom Play", "Natural Sound Waves", "Unika (Outro)" and many more. 37 tracks on the vinyl version.  © 1996-2022, Dusty Groove, Inc.
(RSD Essentials pressing. Quantities pressed on demand and strictly limited! Deep purple" vinyl pressing.)

Criminal Minded (metallic silver vinyl pressing)
B-Boy, 1986. New Copy (reissue)
LP...$24.99 25.99
One of the best debuts in the history of hip hop – and one of the most important albums the genre ever produced! Criminal Minded is landmark for a number of reasons. Among the biggest is, of course, that it was recorded with the late great DJ Scott La Rock – and he was soon to fall ... LP, Vinyl record album