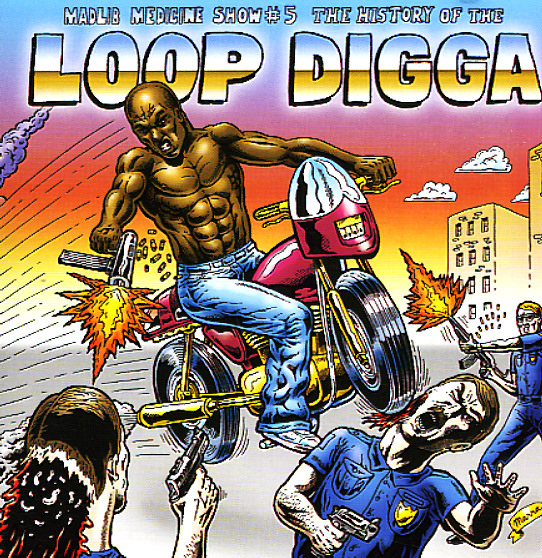 Formative Madlib beatcraft – music made by 'Lib from 1990-2000 – crafted into a tight full length album that feels as fresh as ever! History Of The Loop Digga features funky hip hop instrumentals made at a time when he was producing underground beat tapes for himself and the Crate Diggas Palace crew of MCs. Raw Madlib hip hop beats from the early days with spackled with bits of vocals from Madlib & his Quasimoto alter ego, Declaime and others, plus mad vocal samples. At the core, it's excellent leftfield hip hop productions that aptly predicts for the unbridled genius to come, mixed in 2010 and feeling very much of the here and now. 34 shortish tracks on the 2LP version for more than an hour of modern vintage Madlib. Titles include "Static Invazion", "Stakeout", "Rapper X Radio", "Last Day's Music", "Nothing For Nothing", "Live From Outer Space", "Further Adventures Of Walkman Flavor", "Real Days" "CDP Assassins" (Pts 1-6) and a slew of untitled episodes.  © 1996-2022, Dusty Groove, Inc.
(RSD Essentials pressing. Quantities pressed on demand and strictly limited! Sky blue vinyl.)