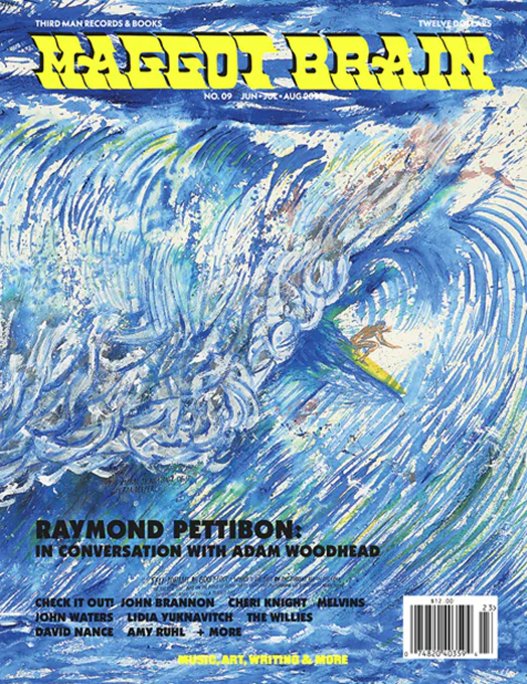 A great new issue of Maggot Brain – including wide-ranging interviews with artist Raymond Pettibon and underground culture renaissance man John Waters that both go way deeper than their most iconic works – and equally deep insight-fueled pieces from cover-to-cover! Includes a look at the legacy-to-date of Detroit vocalist John Brannon from Negative Approach to the Laughing Hyenas and beyond, a photo journal on tour with noise rock lifers The Melvins, experimental pop veteran Cheri Knight, sax player & composer Patrick Shiroishi on Japanese folk-blues guitarist & visionary Kan Mikami, zine writer/publisher/outsider musician Seymour Glass and lots more. Each feature, column and article is greatly enriched by photos and illustrations, too – the visual side of Maggot Brain gets more vivid with each new issue!  © 1996-2022, Dusty Groove, Inc.

Issue 130
Shindig, 2022. New Copy
Magazine...$9.99
That's the crazy Arthur Brown on the cover, and the issue's got a great look at his too-short career and really wonderful music! There's also a nice feature on prog giants Hatfield & The North – and more on Womble Mike Batt, garage giants Sons Of Adam, and the Japanese psych of Kikagaku ... Magazine