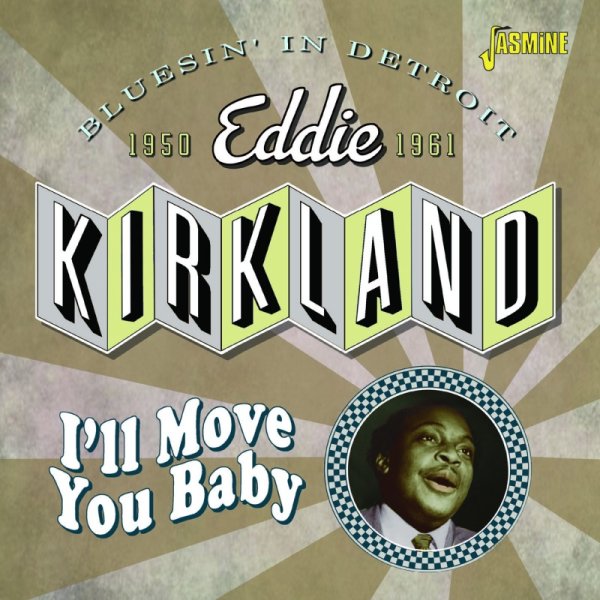 More than a decade's worth of work from the mighty Eddie Kirkland – a Detroit singer and guitarist who came up on the same scene as John Lee Hooker, but whose style was maybe even more urban and electric overall! Kirkland's sometimes eclipsed by his work with Hooker – partly because he didn't have a huge amount of singles issued at the time – but taken as a whole, this decade-plus amount of work really illuminates the strengths that Eddie brought to the scene – not just for his really raw guitar work, but also his soul-drenched way of putting over a lyric. The set features 20 tracks recorded by Kirkland, including a few as "Little Eddie Kirkland" – plus 8 more with Hooker – titles that include "Mercy Blues", "It's Time (For Lovin To Be Done)", "Train Done Gone", "I Must Have Done Somebody Wrong", "I Need You Baby", "So Pretty Baby", "I Tried", "Blood On Your Hands", and two takes each of "I Mistreated A Woman" and "No Shoes".  © 1996-2022, Dusty Groove, Inc.

Down Home Blues From Chicago To New York
Jasmine (UK), Mid 50s. New Copy
CD...$15.99 16.00
A great split set of recordings – one that brings together a good deal of rare material from both the artists on the cover! The set begins with important Chicago recordings from Homesick James – great electrified work, but often with a quality that still echoes some of the rural roots ... CD

I'll Be Rockin – Arranger, Writer, & Session Musician – The Rhythm & Blues Producers
Jasmine (UK), 1950s/Early 60s. New Copy
CD...$15.99 16.99
A great look at the mighty talents of Leroy Kirkland – not much of a lead star on his own, but a fantastic force in the worlds of soul, blues, and R&B in the postwar years! Leroy's one of these guys who really starts to show up when you pay attention to credits on older singles – a ... CD