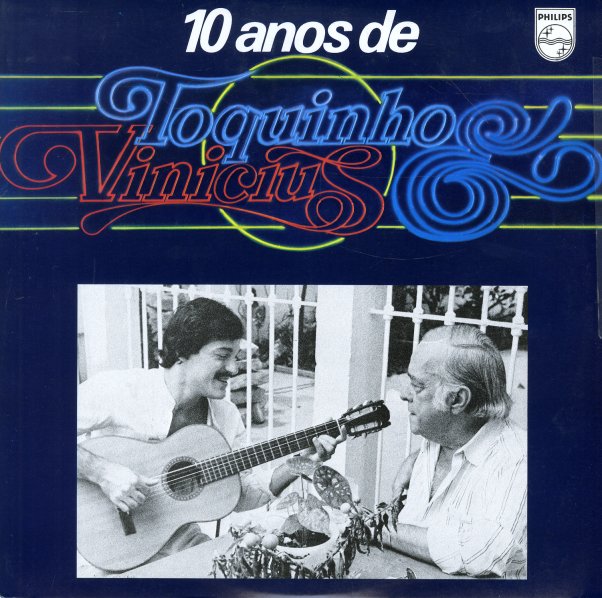 An incredible celebration of a decade of music from the team of Toquinho and Vinicius De Moraes – not a greatest hits collection, but instead a set that features new reworkings of their classics – all interwoven together in this really great way! The raspy vocals of Vinicius and the guitar of Toquinho are still at the heart of the music – but the arrangements are also slightly fuller, too – and feature piano from Antonio Carlos Jobim – and lots of great little touches on flute, sax, and percussion along the way – maybe even making for more overall beauty here than on the pair's earlier recordings. Most numbers feature a few songs, done in "pot-pourri" style – and other titles include "Cotidiano No 2", "A Tonga Da Mironga Do Kabulete", and "Samba De Orly".  © 1996-2022, Dusty Groove, Inc.
(Out of print. Slipcover has age spots on the back – otherwise in great shape!)