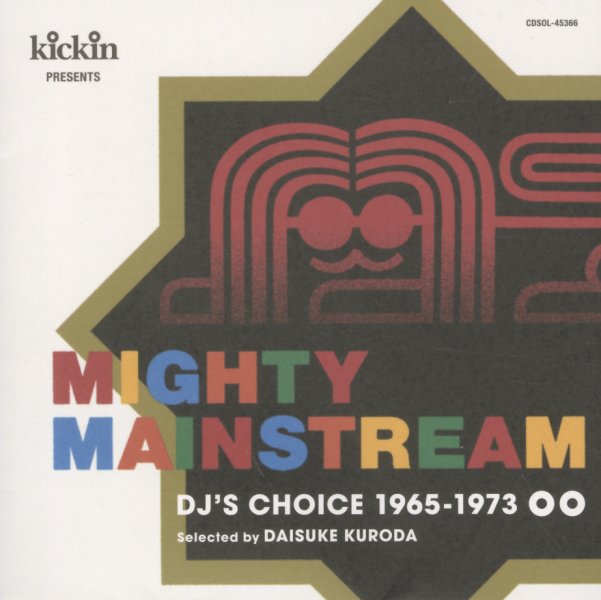 A really fantastic collection of funky jazz from the Mainstream Records label – a funky powerhouse that was maybe only second to CTI in the early 70s – and which had a great way of moving forward older soul jazz players to a sweet electric sound for the new generation! The choice of cuts here is superb – some of our favorites from Mainstream, including a lot of lesser-known gems from their more obscure LPs – packed in a collection that runs for nearly 80 minutes in length, with never a letup on the funky moments! Titles include "El Torro Poo Poo" by Charles Kynard, "Red Clay" by Jack Wilkins, "House Of The Rising Funk" by Afrique, "Naima" by Charles McPherson, "Equipoise" by Roy Haynes, "Quadrivium" by Hadley Caliman, "Mambo Au Go Go" by Joe Cain, "Hot Peppers" by Mauricio Smith, "Mi Hermano" by Blue Mitchell, "Inner City Blues" by Sarah Vaughan, "M'Bassa" by Lamont Johnson, "The Loud Minority (edit)" by Frank Foster, "Babylon" by Buddy Terry, and "Ain't Got Nobody" by Maxine Weldon.  © 1996-2022, Dusty Groove, Inc.
(Includes obi!)

Light Mellow Malaco
Malaco/Ultra Vybe (Japan), Late 70s/Early 80s. Used
CD...$14.99
You might know Malaco Records as a hotbed of deep soul during the 70s – but as the decade progressed, the southern label also really opened up to some of the warmer, more sophisticated styles that were brewing up north – all to create a magnificent sort of hybrid that really helped move ... CD

City To City 2 – A Retrospective Journey Through Detroit, Chicago & New York Underground House Sounds
BBE (UK), 1980s/1990s. Used 2CD
CD...$9.99
DJ Deep does it again – and takes us on a magical journey across decades and cities – bringing back some lost house music gems from Chicago, Detroit, and New York – most of which are from the late 80s and early 90s independent years of the scene! There's a nicely simple sound to ... CD