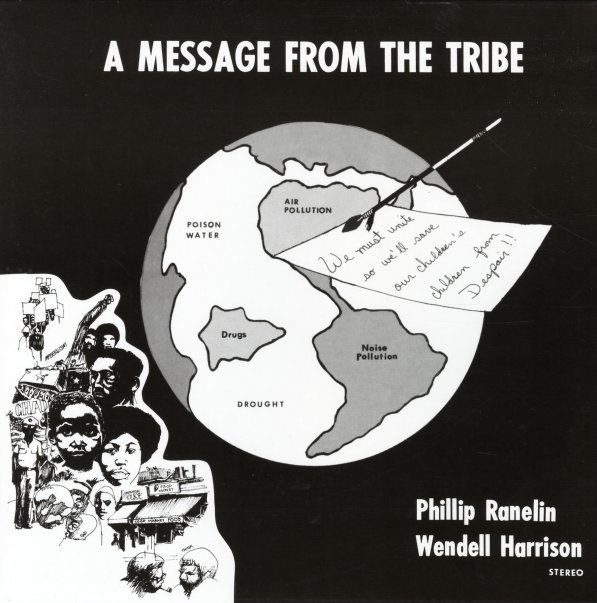 Also available
Wendell Harrison — Message From The Tribe ... LP 25.99
Genius work from the Detroit underground of the 70s – one of the greatest records ever on the now-famous Tribe Records label, and a masterpiece of soul, jazz, and righteous spirit! The session's headed by tenor player Wendell Harrison – and it's got an all-star Motor City lineup that includes Marcus Belgrave on trumpet, Phil Ranelin on trombone, Jeamel Lee on vocals, Charles Eubanks on electric piano, and Charles Moore on flugelhorn. The tracks have a spacious spiritual approach that recalls some of the later Archie Shepp on Impulse – a blend of soul jazz with slight touches of electric instrumentation, some vocals, and a very progressive spirit overall – stepping proud in the new freedoms of the 70s, yet still swinging and very groovy. Titles include "Angela's Dilemma", "What We Need", "How Do We End All Of This Madness", "Merciful", and "Beneficent". This second version of the album features mixes of the tracks done in 1973.  © 1996-2023, Dusty Groove, Inc.

Get Up Off Your Knees
Tribe/Wenha, 2021. New Copy
CD...$13.99 15.99 (LP...$19.99)
Fantastic new music from Detroit reedman Wendell Harrison – working here with a renewed version of the Tribe Records scene, at a level that makes the album one of his best in many years! Wendell blows tenor and bass clarinet, and his group here is mostly younger, lesser-known players – ... CD