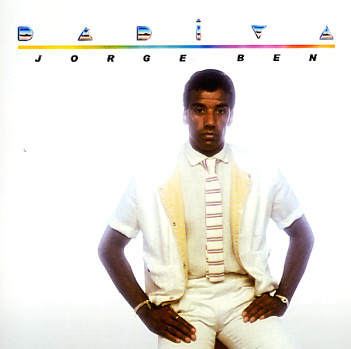 A great bit of 80s soul from Jorge Ben – a record that has ol' Jorge looking a bit new wave on the cover, but which is filled with grooves that are every bit as strong as any of his late 70s work! The soul style is very firmly in place here – a bit more mainstream than before, but in a way that helps Ben forcus his sound strongly – almost going for a pan-global approach to the music, given the way you can appreciate these tunes from a groove-heavy perspective, even if you don't know the language! His vocals are as wonderful as always, and although the sound is tight, the production's never too commercial nor too slick – a really great balance that comes off beautifully. Titles include "Ana Tropicana", "Energia Bom Bom", "Rio Babilonia", "Conquero", "Eu Quero Ver A Rainha", and a remake of "Taj Mahal".  © 1996-2022, Dusty Groove, Inc.