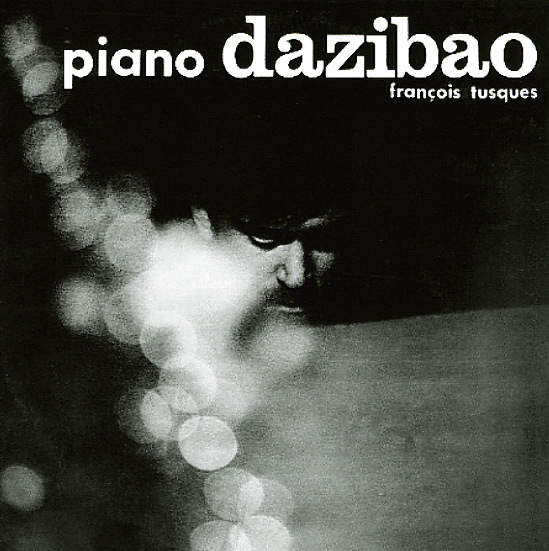 Surprisingly sensitive work from French pianist Francois Tusques – a player we often know from much more bombastic sessions, captured here in a beautiful solo date recorded at his home! Tusques is still extremely creative here – lots of the modern elements that always make his music so striking – but the solo setting also brings out echoes of older modernists past – a touch of Tatum, a hint of Herbie Nichols – almost a pan-generational quality of expression that you might find in some of the piano work of Jaki Byard, although a bit more avant here. Titles include "Sunny Archie Clifford Meme Combat", "Que 100 Fleurs S'Epanouissent", "Vie Et Mort De L'Alexandrin", and "Liberez Michel Le Bris".  © 1996-2022, Dusty Groove, Inc.

Piano Dazibao No 2
Futura/Souffle Continu (France), 1971. New Copy (reissue)
LP...$29.99 32.99
A stunning second set of solo piano work from Francois Tusques – in a setting that we like even more than some of his more bombastic group material! Here, Tusques is almost a completely different player – freely improvising, but at a very sensitive level too – in a way that's ... LP, Vinyl record album

Watch Devil Go
Palm/Souffle Continu (France), 1975. New Copy (reissue)
LP...$28.99 34.99
One of those really magical records from the French scene of the 70s – a record that's instantly beyond easy labels or categorization, and which is in a very special space within the mind of drummer Jacques Thollot! Thollot created some pretty amazing improv sessions in the years before this ... LP, Vinyl record album

Capon/Mate/Morris/Rahoerson
Palm/Souffle Continu (France), 1977. New Copy (reissue)
LP...$28.99 34.99 (CD...$13.99)
A lost treasure on the legendary Palm Records label – that famous French avant jazz imprint owned by pianist Jef Gilson, and which issued some of the most creative albums on the scene in the 70s! This set is maybe one of the most obscure – a record that's noteworthy not only for ... LP, Vinyl record album