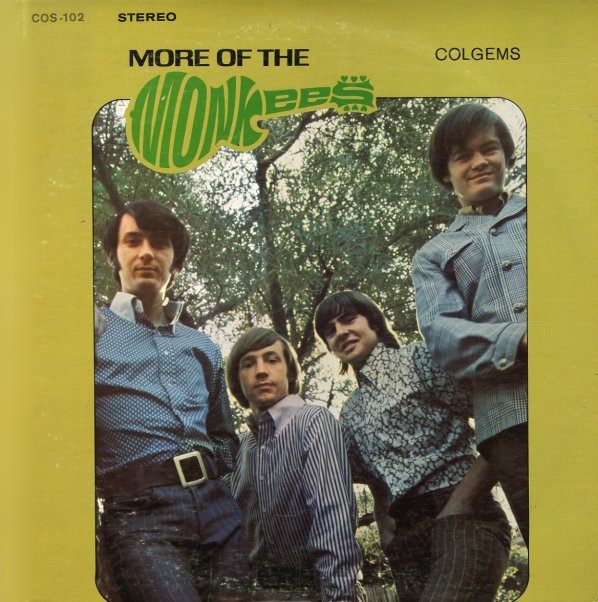 More Of The Monkees (2LP 180 gram pressing – with bonus tracks)

The second full length set from The Monkees – a record that was issued at a time when global interest in the group was at an early peak, and when the group were able to deliver way more than just the "More" promised in the title! All the vocal performances here are top shelf – that careful blend of pop catchiness and deeper feeling that made the group such a sly act over the years – a depth that's sometimes overshadowed by their initial reputation as a packaged pop product – but which is certainly evident over the years, especially with repeated plays of a treasure like this! The album's overflowing with gems – including "She", "Your Auntie Grizelda", "Steppin Stone", "Mary Mary", "Look Out Here Comes Tomorrow", "The Day We Fall In Love", "Laugh", and "Sometime In The Morning". Run Out Groove pressing includes a bonus LP of rarities, including the 1969 stereo mix of "Apples, Peaches, Bananas & Pears", the first recorded versions of "Don't Listen To Linda", "Hold On Girl", "Mr. Webster" and "(I Prithee) Do Not Ask For Love and more!  © 1996-2022, Dusty Groove, Inc.