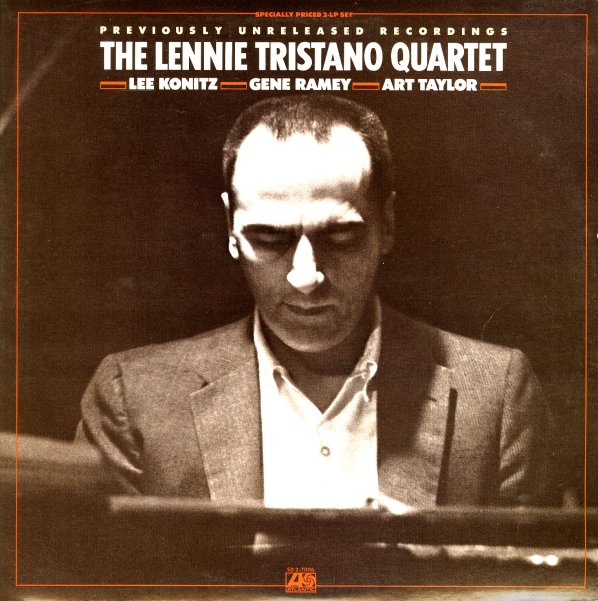 A lost treasure from Lennie's greatest years – a 2LP set of unreleased material, performed by a quintet that features Lee Konitz! Given how often the Konitz/Tristano pair are mentioned together, but often not heard on records, the album's a real treasure – and repeats the brilliance of the first Tristano album on Atlantic, especially the numbers with Konitz. The rest of the group features Gene Ramey on bass and Art Taylor on drums, and tracks are longish, with nice solo room. Recorded at the Sing Song Room of Confucius Restaurant in New York, and with tracks that include "April", "Confucius Blues", "Lennie-Bird", "Pennies In Minor", "317 East 32nd", "Donna Lee", and "Whispering".  © 1996-2022, Dusty Groove, Inc.
(A great copy!)

Descent Into The Maelstrom (Inner City)
Inner City, 1950s/Early 60s. Very Good+
LP...$16.99
Rare material from the great Lennie Tristano – a host of tracks that sit perfectly with his two landmark albums for Atlantic Records – and which maybe even push the envelope a bit more as well! The material is all from the 50s and early 60s – and is pulled together here in an ... LP, Vinyl record album