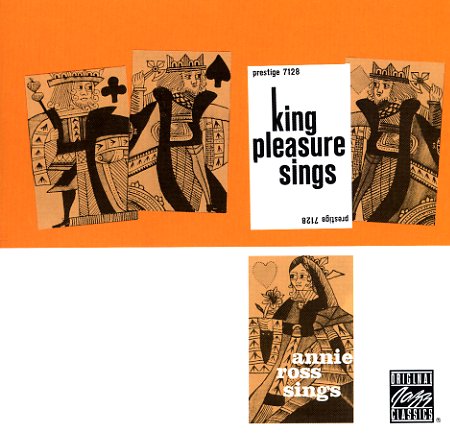 A record that revolutionized the concept of jazz vocals in the 50s – thanks to famous performances by Annie Ross and King Pleasure! The tracks on the LP include Ross' early interpretations of Wardell Gray's classics "Twisted" and "Farmer's Market", and the King Pleasure set includes classics like "Red Top", "This Is Always", "Sometimes I'm Happy", and his great duet with Jon Hendricks, "Don't Get Scared". A landmark LP of jazz vocal sides, and one that no fan of vocalese should be without.  © 1996-2021, Dusty Groove, Inc.
(Blue label trident pressing, in a green and white cover. Cover has a cutout hole and light wear.)

Ella & Louis Again
Verve, Late 50s. Near Mint- 2LP Gatefold
LP...$59.99
A set that's maybe even nicer than the Ella & Louis work together on Porgy & Bess – given that backing is by the trio of Oscar Peterson, which gives the whole thing a nicely understated charm – at a level that really lets the charms of the duo shine through! LP, Vinyl record album

Skins (Mongo Explodes/Go Mongo)
Milestone, Early 60s. Near Mint- 2LP Gatefold
LP...$11.99
Two early albums – back to back in a single set! First up is Mongo Explodes – a killer early album by Mongo Santamaria – almost an equal blend of jazz and Latin rhythms, and a great illustration of the unique contribution that he was making to both types of music back in the 60s! ... LP, Vinyl record album