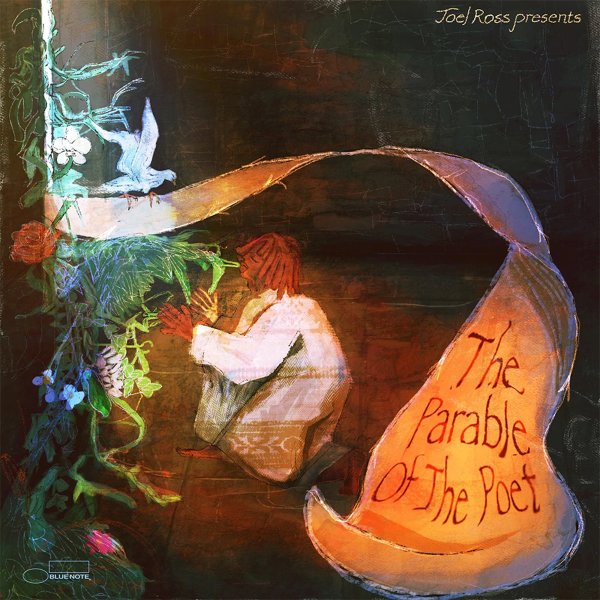 Also available
Joel Ross — Parable Of The Poet ... CD 13.99
Joel Ross — Parable Of The Poet ... CD 9.99
The "poet" in the title is very well-put here – as vibist Joel Ross continues to mature into one of the most distinctive artists in contemporary jazz – not just a unique player on his chosen instrument of the vibes, but also a leader who can take a session like this and really make something different and distinct! Ross' vibes are certainly part of the album's appeal – but the whole thing is more of a larger vision in jazz – equally well-shaped by the contributions of Immanuel Wilkins on alto, Marquis Hill on trumpet, Maria Grand on tenor, and Kalia Vandever on trombone – horn players who don't push the album to large ensemble status, but who have this way of coloring in the sophisticated sentiments that Ross brings to his music – maybe much in the way that some of the key Bill Lee soundtracks can take other jazz players and use them to illuminate his ideas in really wonderful ways. The set also features Sean Mason on piano – an artist who's as careful in tone as Ross – plus Rick Rosato on bass, Craig Weinrib on drums, and guest flute on one track from Gabrielle Garo. Titles include "Guilt", "Choices", "The Impetus", "Doxology", "Benediction", and "Prayer"  © 1996-2022, Dusty Groove, Inc.