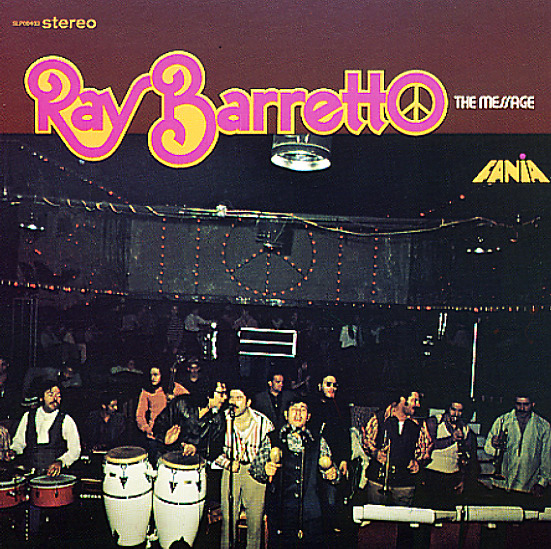 One of Ray Barretto's hardest-hitting salsa albums of the 70s – a raw set of grooves that's got Ray moving away from the playfulness of the Latin Soul years, into a more righteous mode that's easily guessed at from the title of the set! The vibe here is very straightforward – with Ray coming down hard on conga, and working with a group that features Adalberto Santiago on lead vocals, plus Orestes Vilato on timbales, Andy Gonzalez on bass, and Luis Cruz on piano. The sound is spare and raw – and titles include the wonderfully echoey tune "O Elefante", with some great elephant-like work on trumpet – plus "Con El Cimarron", "Se Traba", "Arrepientete", and "Te Traigo Mi Son".  © 1996-2021, Dusty Groove, Inc.
(Multi-color stereo pressing. Cover has split seams held with clear tape, light surface wear, and a name in pen.)

Ahora Si! (This Is It)
Alegre, 1966. Very Good+
LP...$19.99
Nice mid 60s material by this legendary Cuban vocalist. The record has a bit of a folkloric sound, and features Gonzalez backed by La Sonora Alegre (who may have been a studio group culled from the ranks of Alegre's recording artists). Titles include "Abicu", "Odio Gitano", ... LP, Vinyl record album

Chekere Son
Milestone, 1979. Very Good+ Gatefold
LP...$24.99
A great early 80s session from Irakere – and one that really upgrades the funkier side of their groove! The approach is still that great mix of Cuban roots and Latin jazz we've always loved from the group – but there's also a bit tighter production, and great use of keyboards from ... LP, Vinyl record album