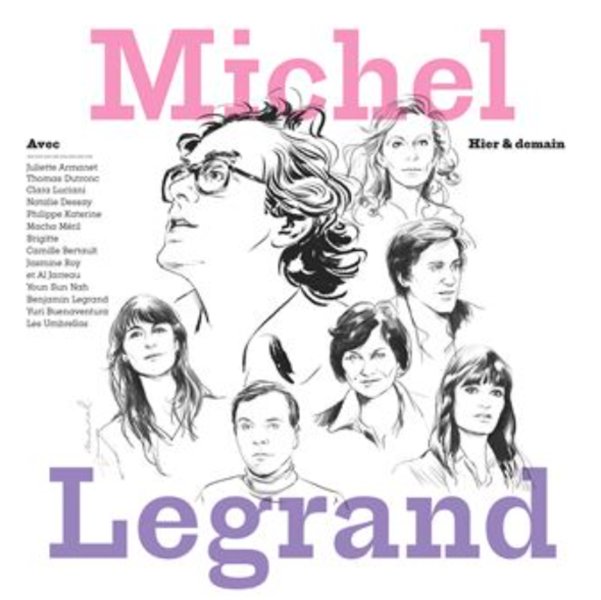 The legendary Michel Legrand gave the world music in so many different styles and formats – jazz, soundtrack material, and even a huge legacy of vocal material too – the last of which is showcased in this great collection – which features a fair bit of more recent recordings, which stand in nice contrast to Legrand's decades of albums and singles – as proof that his musical legacy has gone on to touch generations! A number of these feature Legrand himself on arrangements, and all the tracks are his own compositions – titles that include "La Chanson De Delphone" by Clara Luciani, "Chanson Des Jumelles" by Yuri Buenaventura, "Les Moulins De Mon Coeur" by Juliette Armanet, "La Joueuese" by Philippe Katerine, "Sa Maison" by Natalie Dessay, "Ton Copain Des Jours De Pluie" by Benjamin Legrand, "Chanson D'Un Jour D'Ete" by Les Umbrellas, and "Sans Toi" by Youn Sun Nah.  © 1996-2022, Dusty Groove, Inc.