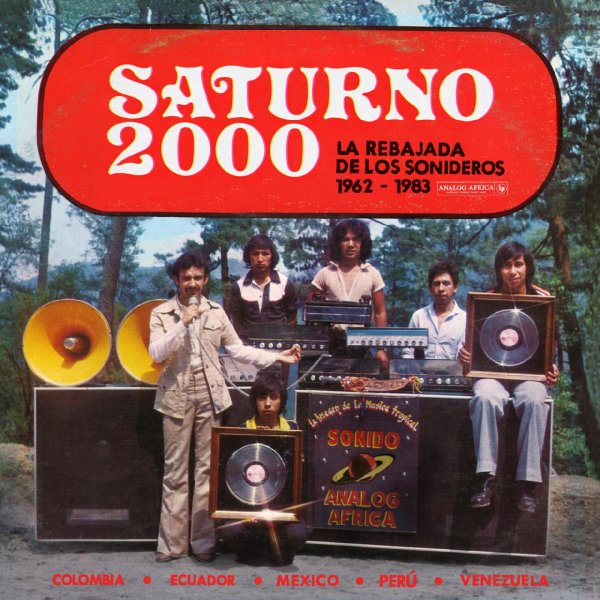 Other-worldly sounds from the Mexican scene – maybe the first-ever compilation we've seen to really dig deep into the world of the sonideros – sound system operators who work in a groove that's mellow but funky, and full of all these weird sort of echoes and effects! The core rhythms might be somewhere in the territory of cumbia, but they're really slowed down – to a point where they're running at half the familiar speed, then topped with all sorts of cool electric elements on guitar and keyboards – often with the same psychedelic qualities you might find in chicha, but a very different end result overall! The package is a great introduction to the music – done in the best Analog Africa style with copious notes that really fill in this lost history – on titles that include "Capricho Egipcio" by Conjunto Tipico Contreras, "La Fuga Del Bandido" by Los Ecos, "Todo Lo Tengo De Ti Menos Tu Amor" by Grupo Celeste, "Alegrate" by Junior Y Su Equipo, "Saturno 2000" by Los Santos, "Feito Parrandero" by Los Feos, and "Sampuesana" by Los Dinners.  © 1996-2023, Dusty Groove, Inc.