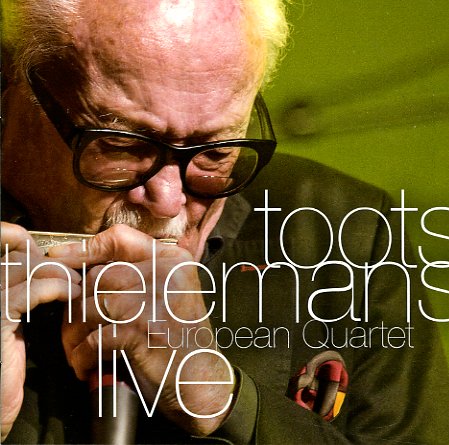 Toots Thielemans has done countless studio sessions over the years – both under his name, and working with a variety of groups and arrangers – but for some reason, we find his live material to maybe be some of his most powerful – a clear, careful presentation of the honest heart that lies in Thielemans' solos, which seem to shine even more in a spontaneous setting! This set was done relatively late in Toots' career, but has the harmonica legend sounding fantastic – easily hitting those brilliant ballad modes he does so well, but also surprising our ears with a few more powerful numbers too – in the company of Karel Boehlee on piano, Hein Van De Geyn on bass, and Hans Van Oosterhout on drums. Titles include "Circle Of Smile", "Comecar De Novo", "Summertime", "For My Lady", "Ne Me Quitte Pas", "Bluesette", and "Theme From Midnight Cowboy" – which sounds especially nice in Toots' hands!  © 1996-2023, Dusty Groove, Inc.
(Individually numbered limited edition of 1000 – on heavyweight pruple vinyl!)