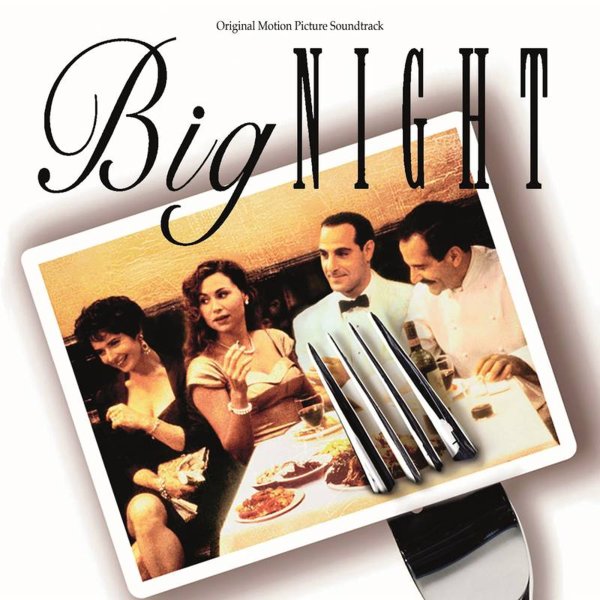 A well-remembered soundtrack – and one that's had almost as much appreciation as a record as folks have given the film! If you've seen the movie, you know that the music's a big part of the story – not just the key cuts by Louis Prima, but also the Italian tracks that were less known to American audiences, and which really help give the record some depth! Gary DeMichele composed some original music for the score – but the best tracks here might be the vocal ones – titles that include "Buona Sera", "Five Months Two Weeks Two Days", and "Oh Marie" by Louis Prima – plus "Love Of My Life" by Louis Prima & Keely Smith, "Don't Take Your Love From Me" by Keely Smith, "Mambo Italiano" by Rosemary Clooney, "Stornelli Amorisi" and "Tic Ti Tic Ta" by Claudio Villa, and "Il Pescivendolo" and "Mo Ve'La Bella Mia Da La Muntagna" by Matteo Salvatore.  © 1996-2022, Dusty Groove, Inc.
(First time on vinyl!)