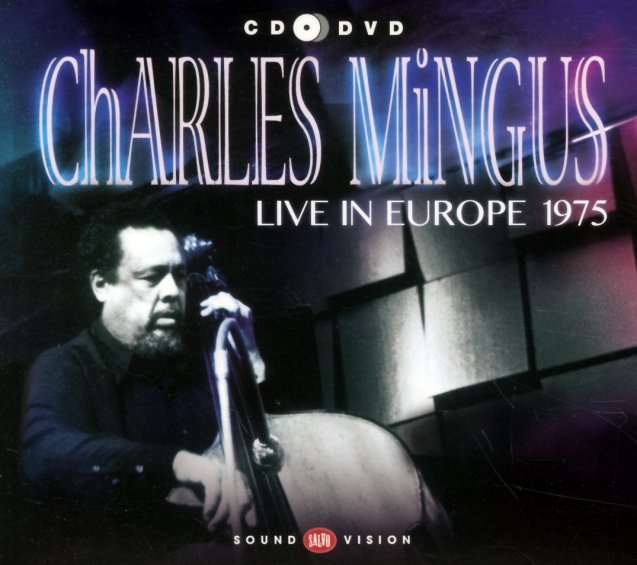 An unusual little package – one that's got a DVD of a 1975 European performance, plus a bonus CD of other material from the classic years of Charles Mingus! The DVD live material is the real draw here – a Montreux festival performance that features great guest work in the group from Benny Bailey on trumpet and Gerry Mulligan on baritone – alongside the core group led by Mingus on bass, with Don Pullen on piano, Dannie Richmond on drums, Jack Walrath on trumpet, and George Adams on tenor and flute. Live titles include "Sue's Changes", "Free Cell Block F Tis Nazi USA", "Take The A Train", "Devil Blues", and "Goodbye Porkpie Hat". CD features loads of classic recordings from the late 50s and early 60s – including "Better Get Hit In Your Soul", "Reincarnation Of A Love Bird", "Gunslingin Bird", "I'll Remember April (live)", "Tijuana Gift Shop", and "Haitian Fight Song".  © 1996-2022, Dusty Groove, Inc.
(DVD is PAL, Region 0.)

Mingus At Carnegie Hall (2CD version – with bonus tracks)
Atlantic/Rhino, 1974. New Copy 2CD
CD...$19.99 (CD...$6.99)
Charles Mingus at Carnegie Hall – but playing here with relaxed and intimate feel that's not what you might expect from the staid setting! The original album features two long tracks – both done in more of a jam session mode than any other Charles Mingus recordings we can think of. ... CD