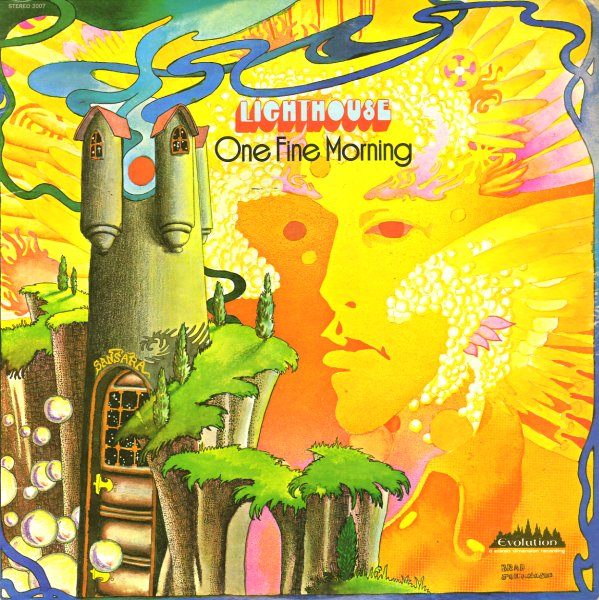 We're never really sure what to call Lighthouse. Are they "folk rock"? "Rock"? Or just plain groovy? Whatever the case, though, this is the album that includes their great cut "One Fine Morning". In case you don't know it, it's got a great funky riff that starts out the groove, then drums kick in with a nice hard fast junglist sound, and then brass and vocals come in at a triple tempo, for a strident jazzy dancefloor groove that lasts about 6 and a half minutes. It's a great cut, and tougher to find than you'd expect! Other tracks include "Love Of A Woman", "Old Man", "1849", "Hat's Off", "Sweet Lullabye", "Show Me The Way", "Sing, Sing, Sing", and "Step Out On The Sea".  © 1996-2021, Dusty Groove, Inc.
(Cover has light wear.)

American Beauty
Warner, 1970. Very Good
LP...$33.99 (CD...$32.99)
One of the crowning early moments from the young Grateful Dead – a key Warner studio album that really has the group moving from psychedelic to more roots-oriented modes – maybe a Marin vibe versus a Haight sort of happening – with loads of great guitar and pedal from Jerry Garcia ... LP, Vinyl record album