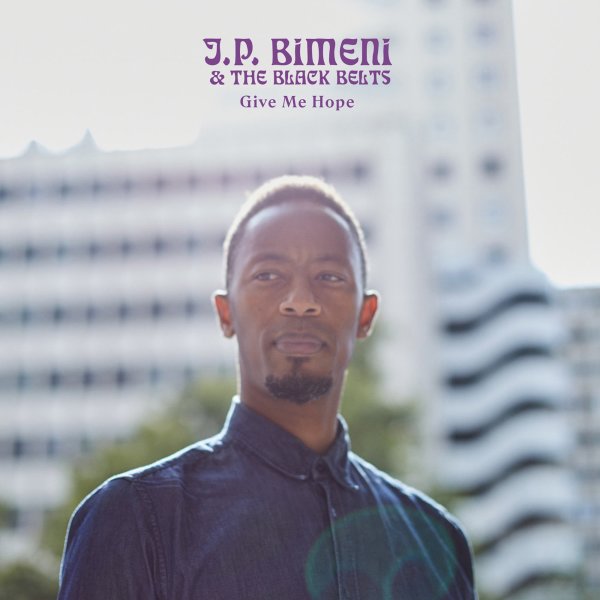 A really strong record from JP Bimeni – a soul singer with a style that's all his own, yet one that's also set up here in some nicely classic backings! Bimeni has unusual vocal phrasing that may well come from his Burundian roots, but he also manages to put across a tune with a vibe that almost feels like classic Memphis soul from years back – a quality that definitely comes from the tight backings of The Black Belts, who blend sharp drums and riffing guitar with nice use of warm organ lines and punctuated horn parts. Titles include "Four Walls", "Not In My Name", "James Stern", "Precious Girl", "Found A Good Thang", "When Everything Is Wrong", "Guilty & Blessed", and "Ghost City".  © 1996-2022, Dusty Groove, Inc.

Secret Night Gang
Brownswood (UK), 2022. New Copy
LP...$21.99 22.99 (CD...$13.99)
Secret Night Gang have a cartoony look on the cover – but the British funk combo play with a richly soulful sound that's overflowing with color and life – and which will definitely mean that they won't be a secret for long! The group mix in a fair bit more jazz than other contemporary ... LP, Vinyl record album

Bluestaeb & S Fidelity Present Underground Canopy
Menace (UK), 2022. New Copy
LP...$29.99 34.99
Spare instrumentals created in a world that's aware of downtempo – but also delivered with a lot more warmth and jazzy energy than the usual sort of set like this – thanks to very strong work on trumpet and keyboards throughout! The tunes are relatively spare, and have great beats at ... LP, Vinyl record album

Black Pumas
ATO, 2019. New Copy
LP...$21.99 24.99
Soulful sounds from Black Pumas – a collaboration between singer Eric Burton and the great Adrian Quesada – the latter an instrumentalist and producer that you'll know from a variety of different funky projects over the years! This set might well be Adrian's ticket to the big time ... LP, Vinyl record album

Jazz Is Dead 11 (green 45rpm vinyl pressing)
Jazz Is Dead, 2022. New Copy 2LP
LP...$37.99 39.99
A very different entry in this always-great series – one that doesn't focus on a specific artist, or just the instrumentation of the two leaders – but instead has this great range of artists coming together in a very jazz-based style! Things here are even more organic and flowing than ... LP, Vinyl record album