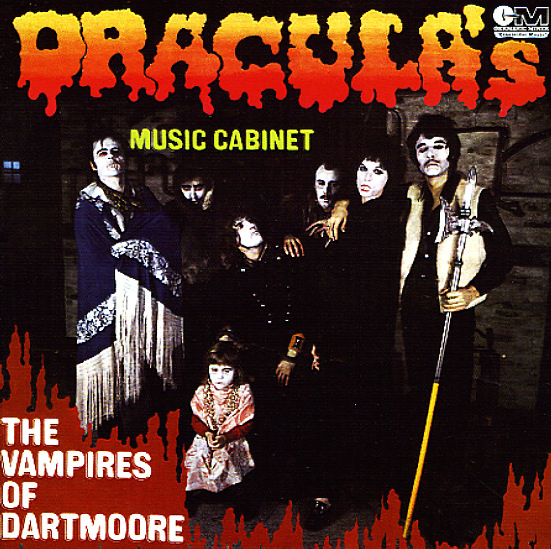 A groovy German treasure from the late 60s – a sublime little set we'd rank right up there with the legendary Vampyros Lesbos for pure musical genius! Despite the appearance of a group on the album's cover, the music's all made by a couple of studio cats – Horst Ackermann and Heribert Thusek, the cats behind the equally groovy Science Fiction Corporation album! The music here is made of familiar elements, abstracted with odd production techniques – funky basslines, skittish percussion, fuzzy guitars, and cool keyboards – all echoed out in weird ways, and layered with eerie voices and sound effects that further illuminate the mood of the music – kind of a Mad Monster Party sort of vibe, but with a much groovier feel overall. Things are often pretty funky at points – and even the non-funky cuts have a sonic sensibility that's simply mindblowing – right up there with (if not better than) well-known German 60s experiments from more familiar forces, like Peter Thomas, MPS, or the sound library scene. Titles include "Hallo Mister Hitchcock", "Frankenstein Greets Alpha 7", "Die Folterkammer Des Dr Sex", "Crime & Horror", "Tanz Der Vampires", "Mord Im Ohio Express", and "Ende Eines Killers".  © 1996-2022, Dusty Groove, Inc.

Science Fiction Dance Party – Dance With Action
Metronome/Finders Keepers (UK), 1971. New Copy (reissue)
LP...$24.99 28.99
A really amazing record – even more incredible than you might guess from the cover and title! The whole thing's definitely a "party" in sound – as the record takes lots of familiar instrumentation and mixes it with odd sound effects and weird production tricks – ... LP, Vinyl record album