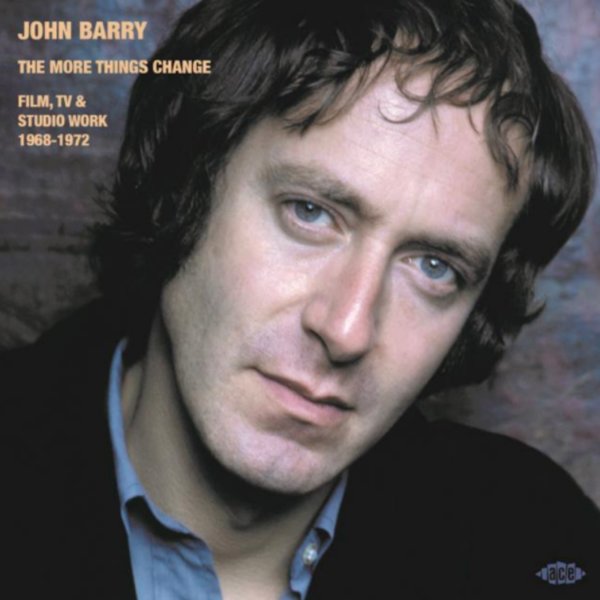 Our favorite chapter in the long and storied career of film score legend John Barry – music from a moment when he'd moved past the fame of his earlier James Bond soundtracks, and started hitting territory that was even more mindblowing overall! Barry was already great with Bond, and as those films moved on, he developed this amazing ear for more sophisticated, subtle elements – which unfold here at a level that easily puts the composer/arranger in territory of much more lauded studio and sound library talents! There's still some catchy vocal tunes in the mix – but what's even more striking is Barry's evolved sense of sound and timing – so that familiar instruments can sound all weird and unusual – yet still tuneful too – almost as if he were running over to the European avant garde to borrow a few sonic ideas, then fold them into the groovier numbers included within. The set features some of our favorite John Barry tracks ever, mixed with other more obscure numbers that are equally great – tunes that include "Follow Follow", "The Adventurer", "Highway 101", "The More Things Change", "Theme From The Appointment", "Fun City", "Midnight Cowboy", "Theme From Romance For Guitar & Orchestra", "We Have All The Time In The World", "Afternoon", "Theme From The Persuaders", "Lion In Winter", and "Who Will Buy My Yesterdays".  © 1996-2022, Dusty Groove, Inc.

Zulu (with bonus tracks)
Quartet (Spain), 1964. New Copy
CD...$20.99 29.99
A really unusual soundtrack from the great John Barry – maybe not what you'd expect for a British film set in the 19th Century! A large part of the soundtrack have these great brooding orchestrations – the kinds of passages that Barry would often unfurl in a James Bond film when the ... CD