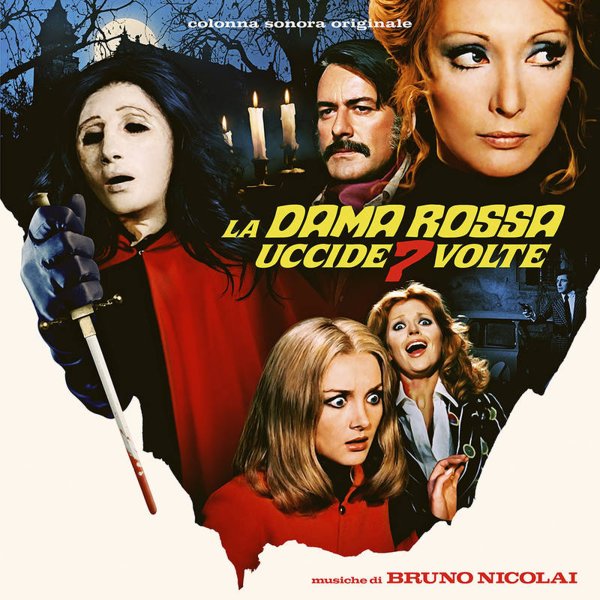 Haunting horror work from the great Bruno Nicolai – an album that's got some wonderfully-crafted themes mixed with some lighter, breezier numbers – almost in a Rosemary's baby sort of mode! Bruno really gets to show off both sides of his talents here – and comes up with some spare and melodic orchestrations that recall his work with Morricone, mixed with other numbers that diverge into sweeter territory and dance along nicely. The set features a total of 24 numbers – nearly all of which are more redemptive than the darker horror plot of the film – and titles include "In Cantina", "Servizio Fotografico", "Minaccia", "Scoperta & Sesto Delitto", "Confronto Finale", "In Automobile", "Ufficio Vuoto", and "Terzo Delitto".  © 1996-2022, Dusty Groove, Inc.
(50th Anniversary limited edition red vinyl pressing!)

Cesar Et Rosalie
CAM/Transversales Disques (France), 1972. New Copy (reissue)
LP...$19.99 34.99
One of the coolest Philippe Sarde soundtracks of the 70s – a set that balances his conventional modes with some much more offbeat moments – including some very cool use of electronics next to some bold woodwinds scored by Hubert Rostaing! The approach is very unusual for Sarde, and his ... LP, Vinyl record album