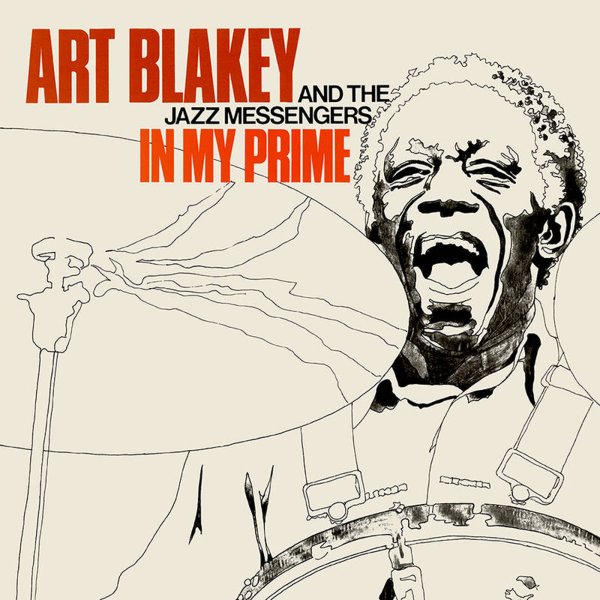 You gotta love the confidence in Blakey's title for this one – because even in the late 70s, over 20 years since starting the Jazz Messengers, he was still very much in his prime! The album has him working with a wonderful group that includes Bobby Watson, Curtis Fuller, David Schnitter, and James Williams – plus percussionist Ray Mantilla, added in on a few tracks to give the set a slightly fuller sound. Tracks are long, dynamic, and gorgeous – really stepping out with the warmth and imagination that Blakey never let die during his career – but which seemed to be burning as brightly during this stretch as it was during the few really noteworthy points of earlier years. The set features wonderful early readings of Watson tunes "Time Will Tell" and "To See Her Face" – plus "Kamal", "Jody", "Hawkman", "People Who Laugh", "Ronnie's A Dynamite Lady", and "1978".  © 1996-2022, Dusty Groove, Inc.
(Great vinyl pressing – both vols 1 and 2 brought together in a single set!)

Eastern Rebellion (180 gram pressing)
Timeless/Tidal Waves, 1976. New Copy (reissue)
LP...$23.99 26.99 (CD...$16.99)
A seminal work in the development of the career of Cedar Walton – the formation of his excellent Eastern Rebellion ensemble, a group that became a platform for soul jazz expression for the next two decades! The group on this set features George Coleman on tenor, Sam Jones on bass, and Billy ... LP, Vinyl record album

Call Me – Jazz From The Penthouse
Century 67, 1966. New Copy 2LP
LP...$26.99 29.99 (CD...$12.99)
Fantastic work from one of our favorite jazz duos of all time – pianist Jack Wilson and the young vibes genius Roy Ayers – working here back before his soul/funk fame of the 70s, in a completely different style! Ayers and Wilson only made a handful of records together back in the day ... LP, Vinyl record album