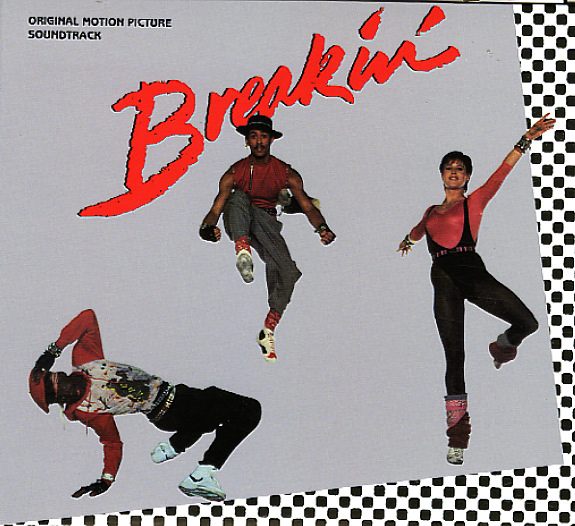 Polydor
Polydor (label)
Get On Down
Get On Down (label)
Hip Hop (CD, LP)
Soundtracks (CD, LP)

Sure, maybe Breakin wasn't the most accurate, most faithful portrait of life on the streets in the early 80s – but the film was a great breakout moment for hip hop culture in the mainstream, and also helped sell the new style with a heavy dose of soul! The real stars here are Ollie & Jerry – who deliver two of the album's best tracks – "Breakin There's No Stoppin Us" and "Showdown" – but the set's also got some other great 80s soul and funk tracks – including "Ain't Nobody" by Rufus & Chaka Khan, "Freakshow On The Dance Floor" by The Bar-Kays, the smooth club hit "99 1/2" by Carol Lynn Townes, "Body Work" by Hot Streak, "Street People" by Fire Fox, "Heart Of The Beat" by 3V, and "Reckless" by Chris "The Glove" Taylor – featuring vocals by a young Ice T!  © 1996-2022, Dusty Groove, Inc.
(Limited edition on "Coke Bottle" clear vinyl!)