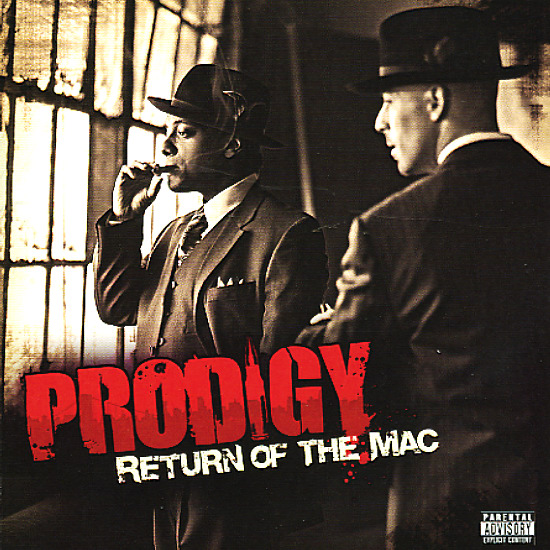 Return Of The Mac

Prodigy (of Mobb Deep)
Koch
Koch (label)
Get On Down
Get On Down (label)
Hip Hop (CD, LP)

An almost-accidental classic by Prodigy – a great solo project after the split of Mobb Deep, and a set that was originally intended to just circulate as a mixtape – but which got issued properly based on the quality of the tracks! Alchemist is a key partner here – and the tracks have this approach that's straightforward, yet sophisticated – that subtle blend that Mobb Deep did so well, but pushed into more of a 21st Century east coast vibe. Titles include "Down & Out In New York City", "Return Of The Mac", "Stop Fronting", "My Priorities", "Nickel & A Nail", "That's That", "Take It To The Top", and "The Rotten Apple".  © 1996-2023, Dusty Groove, Inc.

Good Kid MAAD City (with bonus tracks)
Aftermath, 2012. New Copy 2 LP Gatefold
LP...$20.99 30.99
The second album from Kendrick Lamar, and the one that really helped bring his talents to the rest of the world – and maybe mark a whole new generation of hip hop in the process! At some level, Lamar is in the same territory as many of the south Cali rappers before him – with tales of ... LP, Vinyl record album