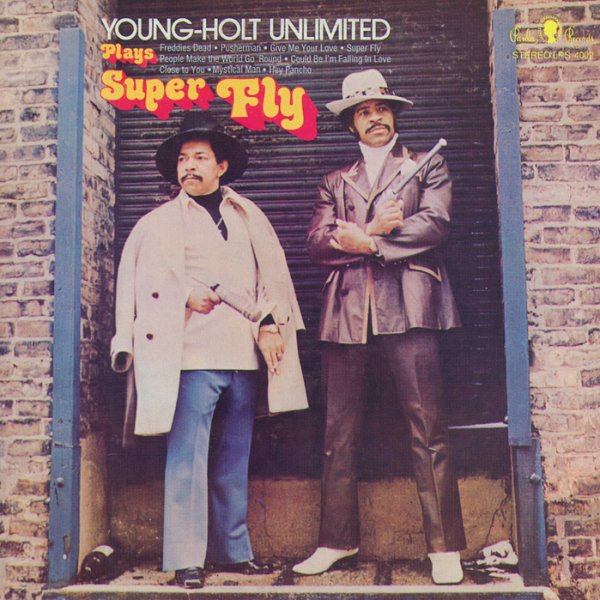 The last-ever album from this legendary duo – and a set that's maybe their funkiest record too! Of course, that's probably no surprise, given that they're playing the Curtis Mayfield tunes from Superfly here – great tracks that make for a really wonderful setting for the pair's highly rhythmic style – Eldee Young on bass and Isaac Redd Holt on drums – plus great Fender Rhodes lines from pianist Ken Chaney! The set also features a bit of congas from Derf Reklaw, and organ and guitar as well – and the whole thing's a long overdue follow up to the funky electric jazz style of their earlier album Oh Girl, on Atlantic. Titles include great takes on "Freddie's Dead", "Give Me Your Love", "Pusher Man", and "Superfly" – plus a few of the group's own numbers, like "Hey Pancho" and "Mystical Man" – as well as a super-dope cover of "People Make the World Go Round".  © 1996-2023, Dusty Groove, Inc.

Soulful Strut
Brunswick/Solid (Japan), Late 60s. New Copy
CD...$18.99 19.99
A funky soul instrumental classic – all the way through! The team of Eldee Young and Redd Holt first came to prominence with Ramsey Lewis' first Chicago trio, then branched out on their own as a jazz act – but by the time of this set, they'd picked up a hipper, funkier late 60s sort of ... CD