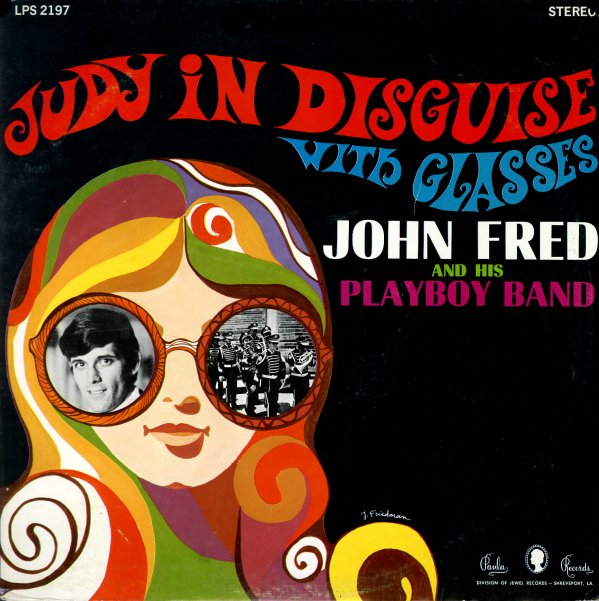 Judy In Disguise – With Glasses

Very groovy work from John Fred & The Playboy Band – a group who are probably best remembered for their one big hit, but who have a heck of a lot more to offer! Fred and the group were a powerhouse from the southern circuit of the mid 60s – one of those combos who were mostly rock, but could hit the floor with a sound that was also steeped in soul – one that helped them cross over big to a wide range of party-hearty crowds at the time, with some deep Louisiana and Texas roots in their music! Titles include their classic "Judy In Disguise" – plus "Hey Hey Bunny", "She Shot A Hole In My Soul", "Little Dum Dum", "Tissue Paper", "We Played Games", "Off The Wall", "Out Of Left Field", and "Agnes English".  © 1996-2022, Dusty Groove, Inc.