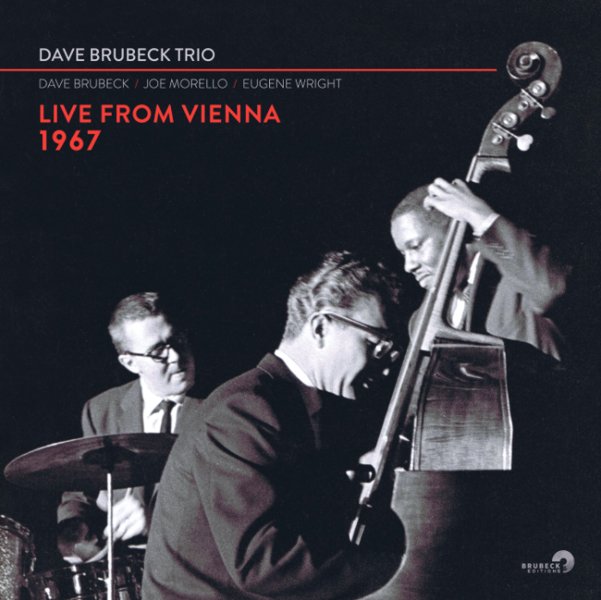 Dave Brubeck without Paul Desmond – sounding really amazing here in a never-issued live performance from 1967! The group is Dave's famous combo with Eugene Wright on bass and Joe Morello on drums – working on a European tour, and somehow having lost alto saxophonist Paul Desmond on their way to Vienna – which means that the trio tracks here have even more solo space from Brubeck on the piano, spinning out with maybe even more ferocity than we're used to hearing at the time! Tracks are all nice and long – and the rhythm work from Wright and Morello is as superb as ever – on tracks that include "One Moment Worth Years", "St Louis Blues", "La Paloma Azul", "Someday My Prince Will Come", and a surprisingly hip take on "Swanee River".  © 1996-2022, Dusty Groove, Inc.

Time Outtakes – Previously Unreleased Takes From The Original 1959 Session
Brubeck Editions, 1959. New Copy
CD...$8.99 16.99
Rare material from the sessions for one of the greatest jazz albums ever – the legendary 1959 Time Out album by the Dave Brubeck quartet – expanded here with unreleased outtakes from the recording date, which include two tracks that were not even on the original record! The sound of ... CD