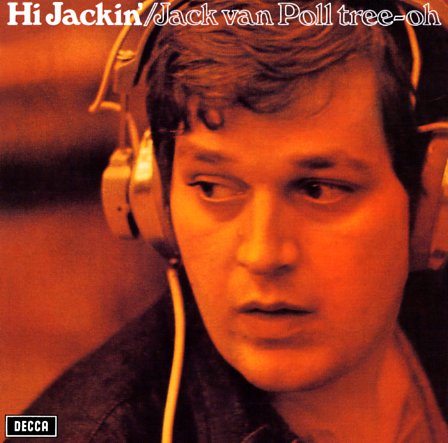 A massive Fender Rhodes set from early 70s Belgium – the kind of set that never shows up on this side of the Atlantic, and which is pretty darn rare in its home territory too! Keyboardist Jack Van Poll has a wonderful sense of space on this set – a way of letting the tunes build simply and gracefully – often with a slow-growing groove that lets the Rhodes roll along wonderfully – never too slow, though, and always with a sweet funky undercurrent! And while we'd never heard of Jack before this set, he's got a great sense of style and imagination on his solos – very open, but always with a soulful undercurrent. The rest of the trio includes Mary Hehuat on Fender bass and Ruud Pronk on drums – and titles include "Marriedyet", "Blue Tait", "A Box For Leslie", "Sweet Georgie Fame", "Passage To Pferov", and "Objizdka".  © 1996-2023, Dusty Groove, Inc.
(50th Anniversary pressing – limited ediiton of 750 – on heavyweight gold vinyl!)