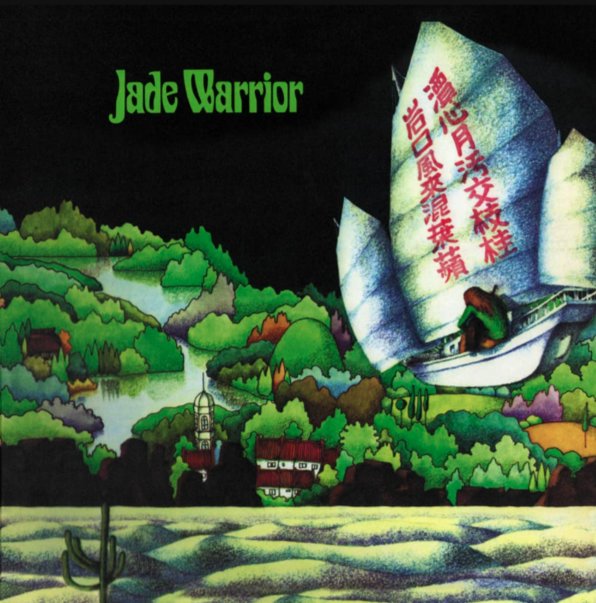 The fantastic debut of Jade Warrior – a group who were one of the most unique prog acts to record for the Vertigo label in the 70s! Jade Warrior is just a trio – and unlike some of the harder-rocking power trios of the time, the group have a way of balancing softness and intensity, acoustic modes and electric ones – all with a unique style that also offers up some of the exoticism promised by their name! Yet don't worry about that last aspect – as things here are never too heavy-handed, as the group are Brit to their core – maybe balancing some of the lighter Mel Collins moments of King Crimson and the more personal Ian Anderson songs of Jethro Tull – in a line up that features percussion and flute from Jon Field, guitar from Tony Duhig, and bass and these great raspy vocals from Glyn Havard. Titles include "Masami Morning", "Windweaver", "Petunia", "Telephone Girl", "Psychiatric Sergeant", "Slow Ride", and "A Prenormal Day At Brighton". CD features bonus track – "Telephone Girl (unreleased first version)".  © 1996-2023, Dusty Groove, Inc.