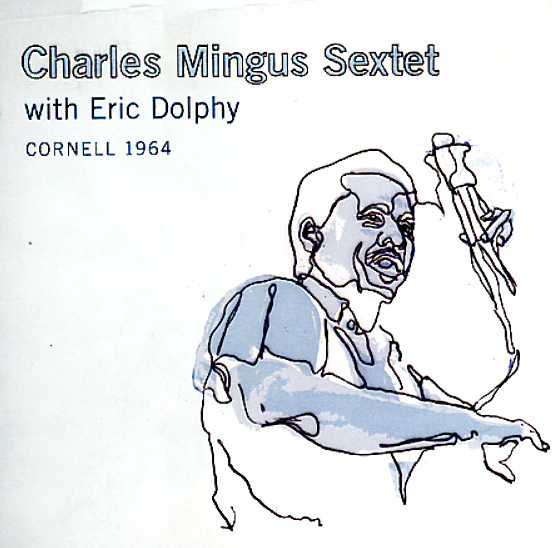 Also available
Charles Mingus with Eric Dolphy — Cornell 1964 ... CD 16.99
A real musical discovery – not just for the fact that the CD represents a previously-unreleased concert by Charlies Mingus – but also because the sounds and styles here offer up a version of Mingus that's almost more adventurous than some of his other albums of the time! The sextet features some key work by Eric Dolphy on alto sax, flute, and bass clarinet – but all other players are wonderful too, and include Johnny Coles on trumpet, Clifford Jordan on tenor, Jaki Byard on piano, and Dannie Richmond on drums – all coming together with a sense of power and presence that matches that of a group double their size! The long tracks on the set allow plenty of space for individual expression – some stretched-out solos that really push the limits of the music, sometimes going farther outside than we might expect – almost in the manner of some of Coltrane's important live dates of the same year. Titles include "ATFW You", "Fables Of Faubus", "Take The A Train", "Orange Was The Color Of Her Dress", "Meditations", "So Long Eric", "Jitterbug Waltz", and "When Irish Eyes Are Smiling".  © 1996-2022, Dusty Groove, Inc.